How a Struggling Jobs Market Will Reward Investors in 2014

Wow! Considering all of the money spent by the government on stimulus and the quantitative easing by the Federal Reserve, it really is quite discouraging to see the jobs market stuck in neutral.

In September, only 148,000 new jobs were created, according to the U.S. Bureau of Labor Statistics. The result was subpar and well below the consensus estimate of 183,000.

The unemployment rate edged lower to 7.2%. That doesn’t mean the jobs market is improving, though; instead, it indicates that more workers who are unable to find work have pulled out of the workforce.

Folks, there is a lack of jobs out there, and the jobs market is not getting better. Case in point: the economy produced an average of 143,000 monthly jobs in the July-September period, well below the average 182,000 from April to June. The trend in the jobs market is down, and with what we are seeing with the lack of third-quarter earnings season revenue growth, I don’t expect things to improve much in the jobs market.

There are some three million jobs out there, but there are over 21 million workers looking. The official number for those searching is around 11 million, but trust me—this is understated.

In addition, there are many workers with jobs that are way below their experience or skill set. I just watched a documentary on the high unemployment among college graduates and the mismatched low-paying jobs they’re forced into due to a lack of jobs matching their education and skill levels. In restaurants, for example, the majority of the servers were college grads. What’s worse is that these workers also have massive debt loads from their education and are making minimum wage.

According to the U.S. Bureau of Labor Statistics, the number of “involuntary part-time workers” in the jobs market stood at 7.9 million in September. These are the workers who are forced to work fewer hours due to company cutbacks or the inability to find full-time work. Add these workers to the number of unemployed in the jobs market, and I guarantee you the unemployment rate would shoot shockingly higher. 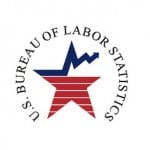 I guess the Federal Reserve will likely refrain from any tapering of its bond buying until at least the December meeting; however, it’s more likely tapering won’t begin until early 2014, when the new Federal Reserve chairman, Janet Yellen, takes over. We know she is also supportive of easy money, so investors are clearly happy.

As an investor, as long as the jobs market continues to struggle, the easy money will likely continue to be pumped into the economic system, rewarding the stock market. Assuming this scenario, you might want to consider keeping your money in stocks and riding the gains into 2014.

This article How a Struggling Jobs Market Will Reward Investors in 2014 by George Leong, B.Comm was originally published at Investment Contrarians

Leaders of European Parliament ignore European citizens, to speak up for big business on TTIP