The news broke out right after I wrote the first draft of this commentary on BlackBerry Limited (NASDAQ/BBRY): a surprise takeover bid emerged from Fairfax Financial Holdings Ltd. (TSX/FFH) offering $9.00 per share, or $4.7 billion, for the struggling smartphone maker.

It appears to be the correct timing for BlackBerry. (See “Research In Motion Had Better Be Right.”) And for BlackBerry CEO Thorsten Gerhard Heins, he could get a $20.0-million send-off for selling the company.

This was the situation prior to the takeover announcement to take BlackBerry private:

BlackBerry reported a massive fiscal second-quarter loss of $1.0 billion, highlighted by the write-off of about $930–$960 million of its inventory. The company also announced plans to axe 4,500 jobs, or 40% of its workforce, as my stock analysis indicates.

The inventory adjustment is frightening, based on my stock analysis. It implies the company cannot sell its “Z10” and “Q5/Q10” devices. Again, this isn’t a surprise, as my stock analysis notes that BlackBerry has consistently screwed up in its execution over the past few years to the point that it allowed rivals, such as Apple Inc. (NASDAQ/AAPL) and Samsung Electronics Co. Ltd., to bulldoze over BlackBerry, leaving just a pile of scraps.

BlackBerry said it sold about 3.7 million smartphones in the quarter. Honestly, that number really stinks, based on my stock analysis, especially considering Apple announced it had sold nine million units of its new “iPhone 5” in the first weekend.

The numbers are telling, but this has been the issue for BlackBerry for years, according to my stock analysis. In a never-ending battle to regain its lost luster, my stock analysis suggests that BlackBerry has continued to fight a losing battle, struggling to keep up with a market that already passed it by long ago.

Well, now there’s a “Plan C” for BlackBerry that may be kept, despite the proposed sale, and the irony is that it may work, according to my stock analysis. 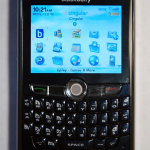 What’s the plan? BlackBerry will focus on its corporate base and likely exit the consumer market. While store shelves may still be filled with BlackBerry’s newest product gathering dust, the company still has a decent client base to which it can market its corporate services.

The company also plans to market its fairly popular proprietary messaging system “BlackBerry Messenger,” or “BBM,” for free to iPhone and “Android” users. The hope is that the BBM service will expand to tens of millions of its rival devices and become as popular as Twitter.

The positive about the sale and privatization of BlackBerry is that the company will have time to try to execute its strategy instead of trying to satisfy Wall Street and investors, according to my stock analysis. If Fairfax can turn BlackBerry around, we could see the company listed again in the future.

Could UK be at risk of cyber-warfare if Russia is pushed too far?