99.9 per-cent of Britain’s 4.9 million private sector businesses are small or medium sized enterprises. They are the true lifeblood of the British economy employing 14.4 million people and turning over an estimated 1,600 billion pounds. (See Video below.) In fact, so important are our shopkeepers, butchers, bakers and countless other local business owners, a new day is being dedicated to them to coincide with the busy Christmas shopping build-up.

Small Business Saturday on December 7th is when every single one of Britain’s shoppers will be asked to get behind their local businesses and shop from their local high street for the day. The initiative is being backed by British politicians, business leaders and even comes with an endorsement from Barack Obama, who’s helped make this day an annual institution over in America.

To mark the launch of Small Business Saturday, new research has taken a snap-shot of what the country wants from its high street, and the study by Lloyds Banking Group has revealed a staggering 96% of British shoppers spend at least some of their hard earned cash in local shops. 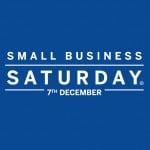 But according to the results, top of the list of what people want, is competitive pricing; nearly 6 in 10 said they didn’t mind paying more if they’re getting better quality or a unique offering, but prices still need to be competitive. Secondly, 40% say that they want better parking access or shops that are closer to public transport routes. 30% said more offers or bigger deals help encourage them to their local shops; that was just ahead of the 27% who said they like seeing flexible opening hours, citing they’re more likely to use local businesses if their opening hours are convenient. The fifth factor is payment methods – just under a quarter of shoppers say they want lots of debit and credit card choices without a surcharge.

We’ve been finding out more about what the research means, and how local shops can get behind Small Business Saturday and use it as a genuine platform to grow.

And you can find out more for yourself at www.smallbusinesssaturdayuk.com.

House prices rise 9.7% in the last year says the Halifax