How Long Will the “Miracle on Wall Street” Continue?

To some degree, I agree that easy money has a hand in the rise of key stock indices, and that current corporate earnings aren’t all that impressive. However, while observing the markets over time, I have learned that tops and bottoms are not easy to predict; in fact, it’s impossible. That’s because it isn’t clear when they happen and they can only be identified once they have been made.

Going back to 2009—when the key stock indices weren’t in such good graces—there was a significant amount of noise saying they were going much lower. At that time, the bottom was placed in, but it didn’t become clear until later. In 2007, the key stock indices made a top, but it wasn’t apparent until they started to slide lower.

Investors who think the key stock indices are about to form a top, or have already formed one, have to be really careful in their predictions. If they believe their convictions are going to be correct, then they should go in with stops, in case the trade works against them.

Going forward in December, here’s what else investors need to know.

Mind you, the average return is based on past information, and shouldn’t be taken as cold, hard fact indicating where the key stock indices will be heading for the month.

On the fundamentals front, investors have to keep few factors in mind going forward. 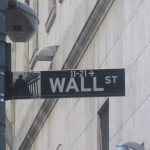 We have also learned that there weren’t many changes in the U.S. economy; the unemployment rate has stayed very similar and the jobs growth has been in low-wage-paying sectors. This means that consumer spending, which drives the U.S. economy forward, might be in trouble.

At this point, irrationality might continue to prevail in the key stock indices, which may continue to increase. If this becomes the case, then investors may be able to profit from securities that track the key stock indices. One example would be the SPDR Dow Jones Industrial Average (NYSE/DIA). This exchange-traded fund tracks the performance of the Dow Jones Industrial Average.

This article How Long Will the “Miracle on Wall Street” Continue? by Mohammad Zulfiqar, BA was originally published at Daily Gains Letter.