How many Non-UK Nationals Work in the UK?

One of the snippets of information to come out of yesterday’s UK Labour Market Update from the Office for National Statistics (ONS), is the number of non-UK nationals that work in the UK.

These numbers are quarter on quarter estimates and do not relate to ‘new jobs’ nor do they relate to the total number of jobs as some people may have more than one job.

The ONS also points out that, as these numbers are not seasonally adjusted, comparisons should be made with those for a year earlier, not the previous quarter. For example, compare January to March 2017 with January to March 2016, not with October to December 2016. 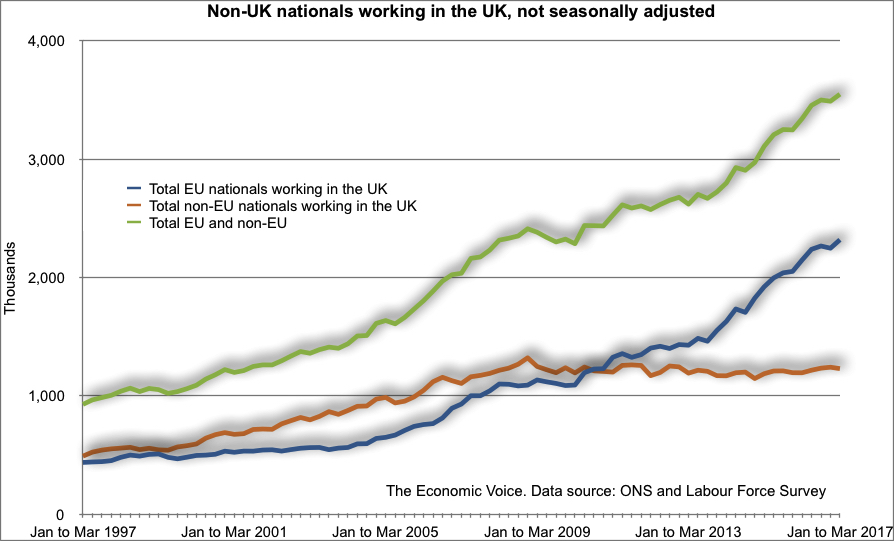 When looking at the twenty years between the first quarter of 1997 and the first quarter of 2017, the number of non-UK nationals working in the UK has increased from 928,000 to 3.55 million. That is an increase of 3.5 percent to 11.1 percent. “This increase in non-UK nationals working in the UK reflects the admission of several new member states to the European Union (EU)” says the ONS.

When you look at those statistics the picture looks very different, as shown in the graph below. 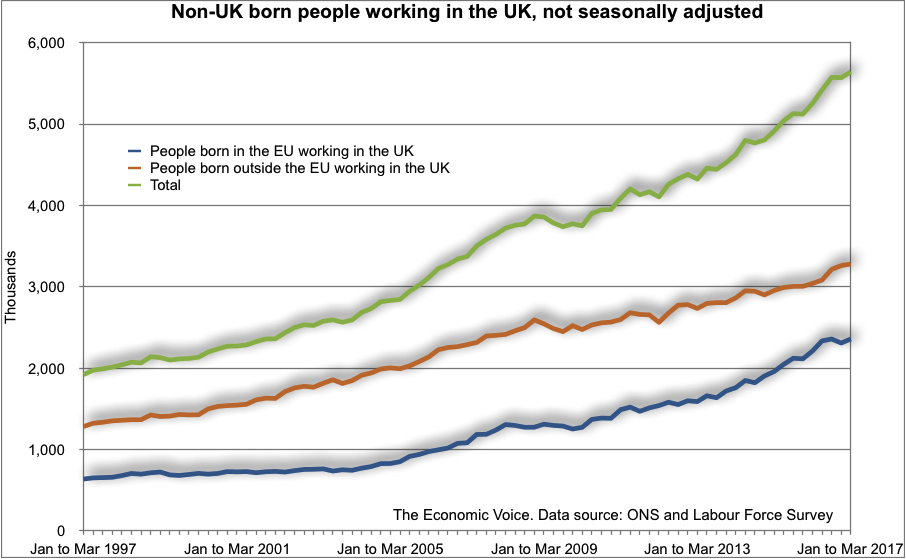 Choosing a President of the EU Council of Ministers