A survey carried out by Ascot Mortgages from data between January 2013 and August 2013 reveals how toxic payday loans are when they are recorded on your credit record.

The survey was carried out on the new mortgage applications Ascot Mortgages have dealt over the last 12 months and shows that 85%+ of the applicants who have had payday loans on their credit history in the last 12 months were turned down by high street mortgage lenders.

When looking at the refused mortgage applications, over half of these (57%) has no other issues with their credit file except the recording of a payday loan within the last 6 months.

The mortgage application refusal often comes as a great shock to the would-be property buyer, especially as in the majority of these cases they had taken deliberate action to pay off the payday loans before submitting their application. However the survey shows that whether the payday loan is paid off or not, if it was within the last 6-12 months, it will still have a very negative impact on your suitability for mortgages by many high street lenders.

Payday loans are intended to offer very short term finance to for people with a short term cash flow problem. This by large will be people who do not have access to any other form of credit and therefore may also suffer from a poor credit rating, however a growing number of people who do not otherwise have bad credit are turning to payday loans who are financially temporarily strapped for cash, for instance to pay for a hefty car repair or boiler breakdown, and take out a payday loan without realising the implication of this on their credit report.

Paypay Loans on the Increase Due to Speed and Convenience

Often people take out a payday loan because of the speed with which the money is in the bank, if the loan application is successful. We’ve all seen the rise of payday loans, advertised on the television and in magazines: the idea that you can log onto a computer, fill in a few easy forms, and then have cash in your bank quickly is a tempting one. The payday loan market is thriving, with a turnover of about £2 billion pounds a year, as up to 1.2 million people in Britain take one out in an average year, and there are now more payday loan companies than McDonald’s restaurants in the UK! The most common age group of borrowers is the 18 to 24 year olds, and in 2012 Wonga marked a 300 per cent rise on the number of loans that it approved, in comparison to 2011!

The Implications on Mortgage Applications

High costs and expensive terms are not the only potential pitfalls with payday loans, either. Recent reports have indicated that mortgage lenders have refused to lend money to people who have taken out payday loans, even if this was in the past. The difficulties of getting a mortgage in this economic climate are well documented, and the chance that having a payday loan, even once, might stop homeownership could be a big disaster for many people. Due to the fact that mortgages require such a high deposit, it is likely that this problem applies more to re-mortgaging than first time buyers. A spokesperson from Ascot Mortgages, following a survey undertaken in July 2013, said that up to 85 per cent of mortgages which had a payday loan on their credit file was rejected. This 85 per cent included customers who had only taken one loan, and who had paid it off in full and on time.

Some Mortgage Lenders Have Out Right Ban on Payday Loan Customers 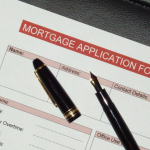 Two lenders, G E Money and Kensington Mortgages, have refused to lend to anybody who has taken a payday loan out in the past three months, or more than one payday loan in the previous twelve months, even if the payday loan was repaid in full, on time. The reason behind this was that taking a payday loan could be seen to be a sign of financial distress, an extreme need to borrow, and so should indicate that perhaps potential mortgage borrowers might have financial difficulties.

Other lenders have not gone as far as this, but do include payday loans in credit scoring, and Experian and Equifax have started to list payday loans separately to other loans. Some lenders completely reject the point of using payday loans to stop people getting mortgages, arguing that this blanket policy does not take any account of peoples’ circumstances, as up to 85 per cent of all applicants pay their payday loans back on time, with no problems. Despite this payday loans can be, as one lender says, ‘a big flashing warning light to lenders.’

The problem, however, is that once one lender starts to restrict mortgages with payday loans then it may become more commonplace and other lenders may do it too. In a market where twenty percent of all mortgage applications are rejected, it is important to recognise any factors that might limit the chance of success. The mortgage market, which is already being stringent about who it lends to and which is working in a market of declining house sales, perhaps has right to be concerned.