As the stock market continues moving higher, it becomes that much more difficult to find value stocks. They're still there, but one needs to dig a bit deeper to find attractive valuations as part of one's investment strategy.

One company that I've been researching lately is Sony Corporation (NYSE/SNE). Everyone is aware, I'm sure, of Sony, as it's been around for decades. While the stock had a relatively strong performance in 2013, I believe there is potential for a very good year in 2014, in terms corporate earnings growth.

When people think of Sony, I'm sure it might surprise them that the company is only worth approximately $18.0 billion. These days, when social media companies that don't generate any income or, in cases such as SnapChat, don't have any revenue are worth billions of dollars, the valuation of Sony certainly appears interesting.

But when you're looking at an investment strategy for a company, there needs to be a catalyst for the stock to move higher. I believe that 2014 will present several important drivers that will propel the stock upwards.

My first point is the weakening of the Japanese yen. I believe that we will continue to see the Japanese yen weaken, which will have a positive impact on Sony's corporate earnings. By incorporating this macro viewpoint into one's investment strategy, it will help provide a diversified approach to generating returns.

The second point is the introduction of new gaming consoles. At the recent Consumer Electronics Show in Las Vegas, Sony announced that it had sold 4.2 million "PlayStation 4" units as of December 31, 2013. With sales beginning in mid-November in North America and late November in Europe, this is a sharp increase versus the guidance issued by Sony on expected sales in the area of 2.1 million units.

Since the stock has pulled back over the past month, my investment strategy appears contrarian, even though the fundamental picture is looking quite strong for Sony. Especially considering that Microsoft Corporation (NASDAQ/MSFT) has only sold three million "Xbox One" units as of December 31, the battle for gaming is decidedly in favor of Sony. 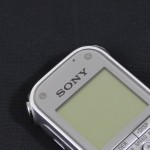 Sony is also taking a hammer to the used game market, as it is applying an investment strategy to stamp out that market. Sony will be introducing "PlayStation Now," which allows the streaming of previous PlayStation version games without the need for discs.

I believe the introduction of this new gaming platform will be a positive step for Sony's corporate earnings going forward. This business model needs to have a dominant market share for it to work. Developers are only interested in building games for consoles that have a big share of the market. This means a greater probability of corporate earnings for both Sony and the game developers.

Another interesting boost to the overall investment strategy and console gaming is news that China will lift a ban on selling gaming consoles. While China is the third largest market for video games, these have been through PC and mobile devices. Even though Sony might not be able to have a large market share in China, due to the cost of consoles, even a small percentage in a billion+ population could be a positive impetus in driving corporate earnings. 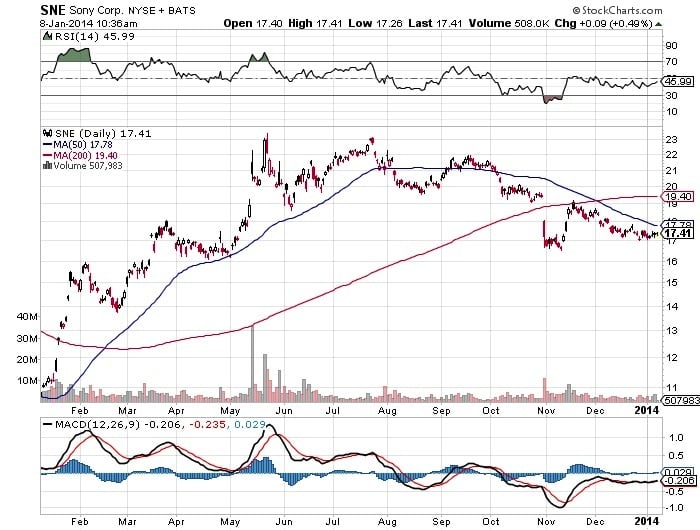 The investment strategy in Sony from the beginning of January 2013 certainly paid off going into July, as the stock essentially doubled in price. This recent pullback appears to be an attractive entry point, especially if corporate earnings can rise over the course of the next year.

When technology companies develop innovative products and move into new markets, there are always risks, but also potential rewards.

We will have to see over the next few months if Sony's approach is working. I certainly believe that there are positive drivers that should help the firm's corporate earnings and create a bullish scenario as part of an overall investment strategy. It would be wise to wait for the next quarter or two to see if the firm is executing effectively.

This article How Sony Could Surprise Investors in 2014 by Sasha Cekerevac, BA was originally published at Daily Gains Letter.