How soon will we ‘feel’ growth?

The global economy is on the mend. In the US, businesses are busy getting on with all the tasks that need to be done before the holiday season kicks into high gear. In Europe, the Spanish economy crawled out of recession in the third quarter, and the trend of gradual improvement looks well set. In China, economic indicators have stabilised or even strengthened recently, allaying fears of a hard landing. All told, the prospects for growth now look more stable than they have for some time.

This statement, of course, probably means that something is about to go badly wrong. But with Iran even reaching agreement with international players about sanctions, the positive mood music seems to be gradually intensifying. So, although risks remain and shocks – by their very nature – are unpredictable, the bigger question might not be whether growth and recovery continue. Instead, it might be about when most of us actually start to feel the benefits.

One of the critiques labelled against capitalist-based economies is that the recent financial crisis has exposed the rampant inequality that they engender. Forget for a moment the fact that countries like the UK and US already had pretty skewed income and wealth distributions in 2006. With the financial crisis ending up as the biggest single market failure and externality of all time – in economic terms, at least – its cost has been borne not so much by investors as taxpayers. Governments around the world not only pumped money into banks – in some cases, admittedly, getting it all back – but also ran sizeable deficits in an attempt to cushion the impact of private sector retrenchment. This means that all of us ended up paying for the consequences of mistakes by a relatively small number of people. 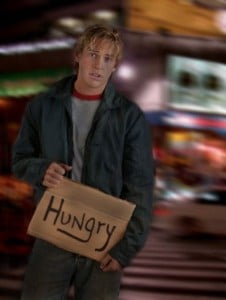 A big issue with this is that the rich typically haven’t been hit as much as the poor. Really rich people tend to have ‘tax efficient’ arrangements, which you could cynically say means their avoidance schemes haven’t been caught and closed down yet (see Jimmy Carr). Politicians are also desperate to keep corporate tax rates low (not that many firms pay the full rate!), and as rich people disproportionately own shares they benefit here too. The rich also tend to use public services – health, education and transport – much less than poorer folk. As such, the dramatic cuts to public spending that have been seen in several advanced economies are (almost by definition) regressive: they affect the poor more than the rich. In the UK, these cuts have been relatively modest compared to what is still to come, and yet the impact is already evident in schools and hospitals, which are supposed to be ‘ring-fenced’. Think how much worse things will be after another four years of cuts.

When you then consider that the marginal utility of income decreases as you get richer – meaning that an extra £100 a month makes little difference to a millionaire, but can really help out a single mother on benefits – we will come out of the financial crisis with an even more unequal distribution of utility (economists’ jargon for well-being) than when we went in.

Just to make things worse, even though economies are now growing again, in many instances real incomes are not. This means that many people are not yet any better off than they were yesterday – let alone being back to as well off as they were in 2006.

It will take several more years for most people to regain the real spending power they have lost since then, even with some economic growth. And as taxation systems around the world shift more towards regressive consumption taxes, than progressive wealth ones, inequality will probably continue to worsen. It will take a long time indeed before most people feel any real personal benefit from growth, even if we notice conditions starting to brighten.

Will the politically-correct soon be punishing us for our thoughts?

The Country Needs a New Leader With a New Vision

Inflation in India: some solutions