How the Trend Is Changing for Silver

One of the interesting things about investors is how so many become complacent over time. When precious metals like silver were rising steadily, more and more people jumped on the bandwagon. But times have changed.

With few people in the media talking about precious metals, I think it’s a good time to take a look at silver, as 2014 could potentially be a very strong year for the metal.

Obviously, we know that 2013 was a tough year for most of the precious metals, as investors began to believe that economic growth was going to accelerate globally. Over the last couple of months, it is clear that global economic growth is far from certain.

Uncertainty is an important component for the precious metals market, and we have seen silver react much more sharply than the other commodities, both to the upside and the downside.

As people become more uncertain, they look to assets that they believe can help protect their wealth. The emerging markets are getting hit badly, including Turkey hiking rates massively in one day, Argentina and Venezuela having serious issues, the Ukraine experiencing riots, and China now exhibiting signs of a slowdown in economic growth. Considering all of this, it’s no surprise that many people in nations around the world continue to accumulate precious metals, including silver. 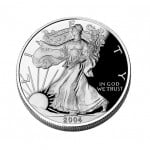 An interesting note from last week made by the European Central Bank (ECB) president, Mario Draghi, in his comments following the central bank meeting is the possibility that there could be additional monetary stimulus (money printing) coming shortly.

With economic growth nowhere in sight in Europe, to have yet another central bank increase its monetary stimulus is just further proof of the uncertainty in this world. We still have the Bank of Japan pumping a huge amount of monetary stimulus into its economy to try and gain any economic growth, and even though the Federal Reserve is beginning to pull back on its asset purchase program, this is not a tightening, but simply a slowdown in the torrential flow of cash into the system. 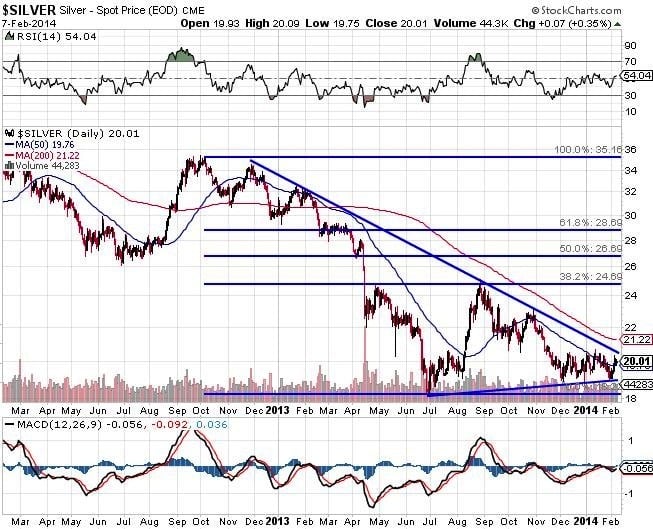 Silver is about to hit a significant downtrend line going back from late 2012. If the price of silver can break this downtrend as well as its 200-day moving average, I think it’s highly likely it will attain the 38.2% retracement level at approximately $24.70.

In a market, buyers and sellers move the price. For most of 2013, we saw a large amount of selling pressure in many precious metals markets, including silver. Over the past couple of months, it appears as though buyers are regaining this battle, and we could see prices move up, as there is less supply of silver at current levels.

If uncertainty continues to escalate globally, I think you will certainly see additional upside for silver as well as other precious metals like gold.

This article How the Trend Is Changing for Silver by Sasha Cekerevac, BA was originally published at Daily gains Letter.