One million people in Birmingham create as much wealth as 21 million Angolans. Sheffield has an economy the size of Ghana's. And Glasgow has met its match in Bulgaria.

If you want to know the true scale of the UK and Ireland's economy, look no further than this startling map. TotallyMoney.com compiled it by renaming each region and major city with a country generating a similar GDP.

London has a gross domestic product roughly the size of Turkey's. If the capital was an independent country, its £534,821 million GDP would make it the 18th largest economy in the world, just below the Netherlands.

At a regional level, Greece's flailing economy is valued at £154,785 million matching it up with the North West.  The East Midlands' 4.5 million residents have a greater output than the entire 157 million population of Bangladesh.

Other cities are equally interesting: Edinburgh is on par with Latvia, while Newcastle is similar to Serbia. The Portsmouth-Southampton metropolitan area is economic equals with Ethiopia, while Glasgow surpasses Bulgaria.

With just 0.88 of the world's population, the UK is responsible for 2.75% of its output.
These rankings are based on nominal GDP which is a measure of output alone and does not take into account the cost of living and inflation in each country.

Check out the tables here for full results and a breakdown of figures. 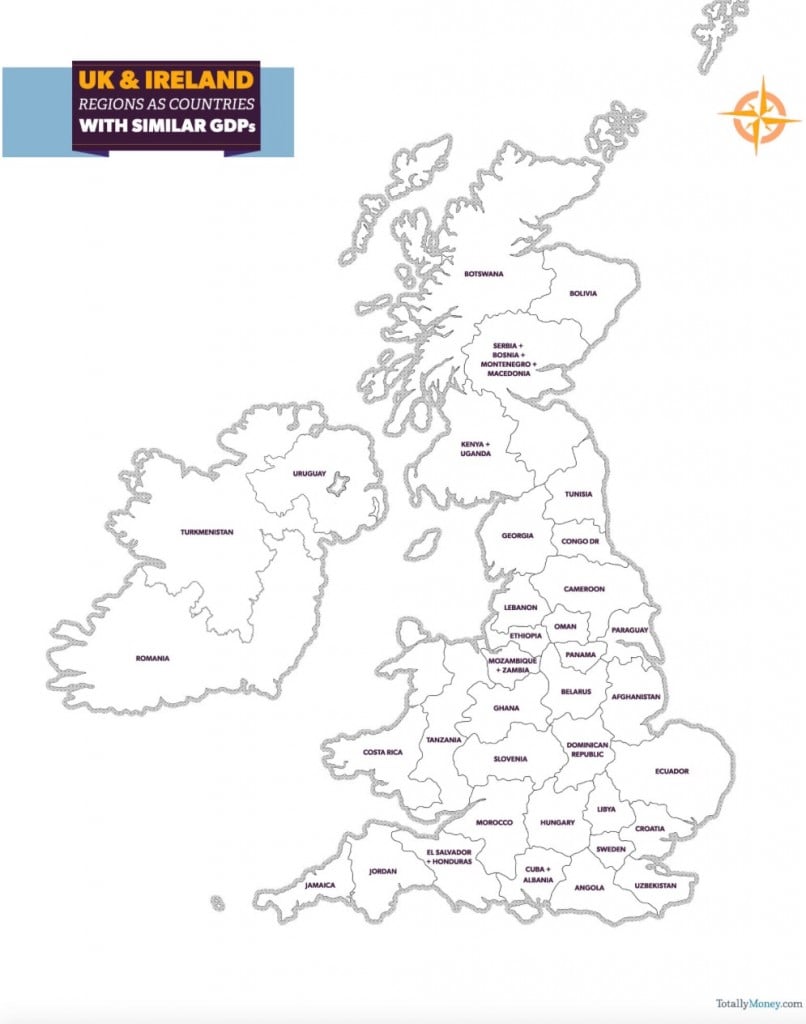