How This One Chart Proves Economic Recovery Is Fake

You know, it’s funny; with the stock market hitting all-time highs and market sentiment becoming ever more bullish, you would think that the economic recovery both here in America and globally was right on track.

But you’d be wrong. The economic recovery is not accelerating globally, and here in America, we just witnessed a minor bump up in growth primarily led by a build-up in inventory.

Ask the average person on the street: do they feel as if the economic recovery is running full speed ahead? Do most Americans feel better today than they did last year?

I’m willing to bet that most people don’t feel that much different about the economic situation than they did a year ago. Yet stock market sentiment has gone from highly pessimistic to overly optimistic. After all, we are at all-time highs; doesn’t that mean that the economic recovery is close at hand?

Not necessarily. I believe much of the upward move in the stock market (and market sentiment) this year has been primarily fuelled by the Federal Reserve’s easy money.

Look, most people have a short-term memory. They don’t tend to remember the longer historical picture. Instead, they see what has worked over the past couple of months and continue doing the same thing over and over again until they get burned.

Market sentiment began building up in the middle of 2012, and once investors realized that the Federal Reserve had its foot on the accelerator, people piled into the market. This has kept pushing market sentiment ever higher, regardless of whether or not the economic recovery was accelerating.

This one chart is a great example of the difference between stock market sentiment and the underlying strength of the global economic recovery.

Market sentiment in commodities can be quite erratic, as you can see in the above chart by the price of copper, which moved extensively up and down. But generally speaking, both the price of copper and the S&P 500 tend to move in a similar direction. 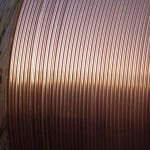 The market sentiment for both copper and the S&P 500 was quite closely correlated until the beginning of 2013. While copper did outperform the S&P 500 between 2010 and the middle of 2011, both continued moving in the same general direction—up.

However, since the beginning of 2013, market sentiment for the S&P 500 has continued to push stocks higher, while there seems to be no buyers globally for copper.

Now, obviously, there are many factors involved in the price of a commodity. There could be issues regarding storage, oversupply, or other related factors. My point is not to oversimplify this relationship, but simply to show you that for most of this year, market sentiment for stocks and copper has been moving in opposite directions, after years of being highly correlated. So what does this mean for the economic recovery?

Considering copper is an input in the global economic recovery, and there has been no significant increase in the price, one has to really question how strong the world is fundamentally.

This brings us back to my original point: if stock market sentiment isn’t being pushed up by an accelerating economic recovery, what’s left? Cheap money pumped by not only the Federal Reserve, but by central bankers worldwide.

Because the market hasn’t had any big down days lately, the volatility index has remained quite low. One way to hedge a portfolio is to incorporate an exchange-traded note (ETN), such as iPath S&P 500 VIX Mid-Term Futures ETN (NYSEArca/VXZ). When the stock market drops, the volatility index rises, and so will this ETN.

This article How This One Chart Proves Economic Recovery Is Fake by Sasha Cekerevac, BA was originally published at Investment Contrarians