How to cut your inheritance tax liabilities – despite government U-turn

Millions of families will be hit by the coalition’s U-turn on its flagship pledge to reform the inheritance tax (IHT) system, but there’s no need to panic as there are still various ways to mitigate your IHT liabilities, say financial advisers.

The comments from Kevin White, Head of UK Financial Planning at deVere United Kingdom, come after the government announced today (Monday 11 February) it will freeze inheritance tax thresholds at Â£325,000 for individuals and Â£650,000 for couples, for three years from 2015 to hep fund social care.

Before the last general election, Prime Minister David Cameron and Chancellor George Osborne had vowed to increase the inheritance tax limit to Â£1â€‰million.

Mr White explains: “Today’s move to freeze inheritance tax thresholds is expected to affect four million middle-class Britons.Â  People are, rightly, angered by this decision, not only because the government has broken another promise to the electorate, but because the measure doesn’t support that very human instinct of wanting to pass on untaxed assets to loved ones.

“Inheritance tax is a deeply unpopular tax – one which was originally intended to only target the wealthy – because it is, essentially, a double tax on assets which have already been paid for and which have been previously taxed.Â  IHT punishes people for working and saving hard.”

In light of today’s announcement, Mr White says now is the time to consider mitigating your IHT liabilities. 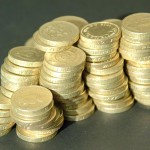 He affirms: “There are a range of methods which will reduce the burden of IHT, allowing you to offer your loved ones the chance to make the most of your legacy.

“For example, you could consider holding your property as ‘tenants in common’ with your husband or wife, investments which qualify for relief, setting up a trust that still provides an income, transferring life policies into a trust, and taking advantage of your gift allowance, amongst other options.

“As ever, the most important thing to do is to make a robust plan – a plan which will, inevitably, require answers to questions such as to whom and when do you want your assets to go?”