Has the stock market rebounded? Some seem to think so. After recording the worst month in more than a year and the first monthly loss since August, some analysts think the worst is behind us and February will be a winner.

What further evidence do the bulls need than to point to the numbers! After falling more than three percent in January, the S&P 500 is up 0.75%; the NYSE is up a little more than 0.50%; the NASDAQ is up roughly 0.75%; and the Dow Jones Industrial Average is up around 0.50%. Not a spectacular display of strength—but enough to buoy up some investors.

But the euphoria may be short-lived. While stocks are holding up right now, there are more than enough warning signs (technical, economic, and statistical) that are pointing to a correction.

For starters, February is the second-worst-performing month for the S&P 500 and Dow Jones Industrial Average so far, and it’s the fourth-weakest month for the NASDAQ. Plus, according to historical data, February tends to perform even worse when January is negative. Since 1971, when January ended on a negative, the S&P 500 extended its losses into February 72% of the time—falling an average 2.4%. For the Dow Jones Industrial Average it ends down 65% of the time and 57% of the time the NASDAQ ends down, too.

But the stock markets are only as strong as the stocks that make them—so statistics on their own are a little short-sighted. Every quarter since the beginning of 2013, more and more S&P 500-listed companies are revising their quarterly earnings lower. During the first quarter of 2013, 78% of S&P 500 reporting companies revised their earnings guidance lower.

On top of that, the number of companies on the S&P 500 trading above their 50-day moving average is declining, as is the number of stocks on the NYSE recording new 52-week highs. These indicators suggest January’s dip might just be the beginning.

Unfortunately, with the stock market still see-sawing, some investors are frustrated that they missed out on the big stock market rally in 2013 and are anxious about diving into a stock market that looks like it has more room to fall. The late January dip might look like a tempting entry point, but indicators suggest there is more downside potential, especially when you consider the 200-day moving average for the S&P 500 is at 1,700. 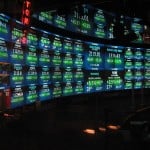 Depending on your risk tolerance and investing horizon, investors could always consider investing into a correction. Dollar cost averaging can help reduce risk when assets—or even the entire stock market—is falling.

Dollar cost averaging is a simple strategy that allows investors to invest a fixed amount of money in an asset each month; regardless of whether it goes up or down. If a stock drops in price, you get more shares for the same amount of money. If the stock recovers, you will have spent less, on average, per share, than if you had tried to time the stock market peak or valley.

And the stock market will rebound. Despite the market’s predictable ebbs and flows—and even crashes—it always bounces back, as is evidenced by the fact that the markets are still trading near historic highs.

This article How to Invest in a Stock Market Correction by John Paul Whitefoot, BA was originally published at Daily Gains Letter.

Nigel Farage: CBI is out of touch with reality