What now for PPI claims?

The British Bankers' Association has said today that it will be dropping its legal action against the FSA's new Payment protection Insurance rules in order to provide customers with certainty.

This could pave the way for millions of banking customers to reclaim billions in compensation for mis-sold PPI policies.

The BBA had been due to appeal against a recent High Court decision by tomorrow 10th May but, right at the last moment, the banks have folded led by Lloyds Group at the end of last week and Barclays at the week end. The BBA has issued a statement on the matter in which it says "In the interest of providing certainty for their customers, the banks and the BBA have decided that they do not intend to appeal".

This is clearly good news as it clears the way for all the mis-selling complaints, many of which the banks had dismissed or put on hold, to be dealt with properly.

Chantelle Diederiks, claims manager of Belmont Thornton who specialise in PPI claims and has helped 60,000 people claim over Â£50 million, said "The BBA’s decision not to challenge the high court ruling means that claims should now be handled more swiftly. When the case was pending many lenders chose to place claims ‘on hold’ until the decision was announced. We hope that, now this issue has been resolved, the banks will work hard to deal with the backlog of complaints."

According to their statistics, the Financial Ombudsmen Service has received up to 5,000 complaints a week since the launching of the BBA challenge in October last year. It has received approximately 200,000 complaints and has so farÂ upheld three out of every four cases with the average pay out being Â£2,750. 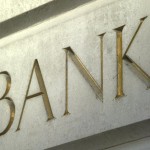 Many people though are still unaware that they could claim for mis-sold PPI, or may be unsure of what to do next.

People may also be unsure of the repercussions of any claim on their relationship with their bank as well as their credit rating but Chantelle of Belmont Thornton also said ' …. anyone who believes they have been mis-sold a policy should be pro-active and make a complaint as soon as possible' and 'Anyone who feels they have been mis-sold a PPI policy has a legal right to make a complaint. It will not affect either their credit rating or their relationship with their bank.'

If you've had a loan in the last ten years which had PPI attached you may be able to claim.

PPI would have been mis-sold to you for a number of reasons such as:

If any of these apply or you are unsure then you should complain.

If you feel that you gave been mis-sold a PPI policy then you can complain to your bank. But many people feel unsure about this but there are claims companies that can help you (for a fee). But make sure you check out that any company you choose has a track record of success and is not a chancy newcomer to the field.

Time to flip a coin in the scrappy markets