How to Play Seasonal Anomalies for Profit

As all investors know, no two equities march to the same drum. This would then mean that, technically, it should be impossible to predict future returns based on readily available information. However, this might not be entirely true, as it turns out there may be something to be said for some seasonal investing patterns after all.

First off, when it comes to gathering statistics, there’s no better place to look than the stock markets. Monthly price data for equities on the New York Stock Exchange (NYSE) goes back to the early 1900s and data from the other indices goes back to their infancy. So it’s possible to gather objective data and weed out irregularities.

One of the most popular investing seasonal anomalies is the “January effect,” which really runs from late December to at least the end of February. The January effect theorizes that small-cap U.S. stocks have a history of outperforming the S&P 500.

Why is this? Most analysts theorize that tax-loss selling ramps up near the end of the year, when investors sell losing positions. Larger stocks can absorb the hit—but smaller stocks, not so much, which makes them prime rebound candidates for the January effect. The January effect might also be subconsciously engineered, in part, by mutual fund managers who tend to get more conservative later in the year; focusing on larger stocks and turning their backs on smaller, riskier stocks.

Between 1957 and 2007, the average January return for an equally weighted portfolio of stocks tilted toward small-cap stocks was 5.3%, while the return for a portfolio weighted toward large-cap stocks was 2.2%—a sizeable difference. (Source: Athanassakos, G., “How to play the stock market’s January effect,” The Globe and Mail, December 30, 2013.) 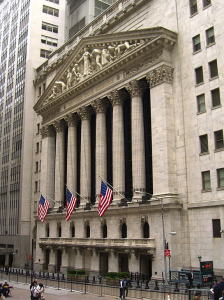 The U.S. economy might be an added bonus to the January effect this year. Not surprisingly, most small- and mid-caps are more focused on the domestic economy; as a result, earnings should pick up more than usual as the U.S. economy gains steam.

Normally, when a stock market trend is common knowledge, it loses its effectiveness. But, over the last 55 years, the January effect has been quite resilient. And even though we’ve already started the third week of January, there’s still plenty of time for investors to benefit from the January effect.

One of the most popular small-cap ETFs is iShares Russell 2000 (NYSEArca/IWM). Investors might also want to do some research on the Schwab U.S. Small-Cap ETF (NYSEArca/SCHA) or even the iShares S&P/TSX SmallCap Index (TSX/XCS).

If you do want to look at individual small-cap stocks, just remember that the January effect isn’t 100% accurate. To protect yourself during the January effect, only consider those smaller stocks that are fundamentally solid.

This article How to Play Seasonal Anomalies for Profit by John Paul Whitefoot, BA was originally published at Daily Gains Letter.