Well, that didn’t take long! Just a few weeks ago, I wrote an article stating that investors should begin to worry about the lofty level of the stock market. Since that time, the S&P 500 has dropped by more than five percent in less than two weeks.

This market correction won’t be a surprise to my readers, as I have been suggesting investment strategies that can help prepare your portfolio for a large downswing in the market for some time now.

When I wrote the article in late January, the S&P 500 was surging, even though the preliminary Thomson Reuters/University of Michigan index of consumer sentiment dropped month-over-month. Since then, we have seen additional data coming from China showing that its economy is beginning to slow.

The Markit/HSBC China Manufacturing Purchasing Managers’ Index (PMI) for January was 49.6, much weaker than expected. (A PMI data point below 50 denotes a contraction in activity.) While many analysts have been expecting China to begin accelerating, this recent data is a dose of reality, as manufacturing jobs in China dropped for the third consecutive month. (Source: “HSBC China Manufacturing PMI,” Markit Economics, January 30, 2014.)

I know what you’re thinking; “Why should investors in the S&P 500 care about what happens in China?” A market correction doesn’t occur based on a single event. When you’re trying to develop investment strategies, especially if you are considering the potential for a market correction in a large index, such as the S&P 500, you have to take many factors into account, as if you’re working on a jigsaw puzzle.

First ask yourself, what are the positive and negative drivers in 2014 for the S&P 500? 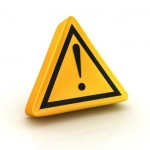 Companies, in general, are extremely profitable, this is true, but revenues are not accelerating. Profitability is actually decelerating for the S&P 500 companies.

This does not mean a market correction will necessarily occur; however, when you consider how high the current valuation is for the S&P 500, we will really need to see an acceleration in economic growth both here and abroad if companies are to increase revenues, which will lead to a stronger bottom-line.

China and many emerging markets are extremely important for S&P 500 companies. For these stocks, a large part of profits actually comes from outside of America. If countries like China are beginning to falter, who is left to pick up the slack?

We are clearly seeing that American consumers are tapped out. One retail stock after another has disappointed over the past quarter, and I don’t see any reason why we will see a massive increase in consumer spending over the next couple of quarters.

When you combine all of these macro-economic factors with the fact that the Federal Reserve is continuing to reduce its monetary stimulus, these are large hurdles for the S&P 500 to overcome. In terms of a market correction, as more investors begin to take profits, especially as the Federal Reserve continues pulling back on the money printing throttle, I think it’s important to incorporate some investment strategies to hedge your portfolio.

One of these investment strategies is to use an inverse exchange-traded fund (ETF), such as ProShares UltraShort S&P 500 (NYSEArca/SDS). While the S&P 500 has begun this market correction with a five-percent drop over the past month, the UltraShort S&P 500 ETF is up more than 10% during this time.

Even as the S&P 500 continues and this pullback and possibly an even deeper market correction occur, it’s important to incorporate various investment strategies in your portfolio. This certainly does not mean you should put all your eggs in one basket, such as one inverse ETF—far from it.

When a sector or specific stock that is a solid, long-term investment encounters a market correction, this is a time to begin adding to your portfolio. But it’s also important to add some hedges as part of your investment strategies.

This article How to Prepare for the Stock Market Sell-Off I’ve Been Warning About by Sasha Cekerevac, BA was originally published at Daily Gains Letter.

Time to flip a coin in the scrappy markets