How to Profit from Obama’s Infrastructure Injection

We narrowly averted the first fiscal cliff on January 1, 2013—now, it’s the infrastructure fiscal cliff of 2014! Over the last number of weeks, stories and new reports have been coming out about how much it will take to fix America’s aging infrastructure.

Every four years, the American Society of Civil Engineers (ASCE) grades the country and its states on the conditions of their infrastructure—and it isn’t pretty. Using a simple A–F school report card format, America’s cumulative grade average for infrastructure came in at D+! (Source: Infrastructure Report Card web site, January 2014.)

Overall, most (not all) grades fell below a C. Inland waterways and levees received a D-. And it will take a $100-billion investment to get things in shape. Dams earned a solid D and a repair price tag of $21.0 billion.

The grade for wastewater improved slightly to a D. Over the next 20 years, costs for the country’s wastewater and stormwater systems are expected to come in around $300 billion; representing three-quarters of the total infrastructure costs.

America’s aging bridges earned a C+ and need an investment of $76.0 billion. The country’s roads got a D and need an 86% annual budgetary increase, from $91.0 billion to $170 billion, to meet long-term needs.

As for America’s public schools, they received a D. For starters, half of U.S. public schools were built to educate the baby boomer generation—the first wave of whom are now retiring. Since the start of the recession (2008), state funding for education has declined, with 35 states providing less funding now than their 2008 levels.

This isn’t a total surprise when you consider schools have been traditionally funded through property taxes. And we all know what’s happened to U.S. property values since 2008. To maintain America’s public schools, experts think it will cost at least $270 billion.

By 2020, the ASCE estimates total infrastructure needs will total $3.6 trillion. 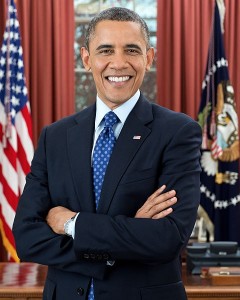 To show he isn’t too far removed from America’s aging infrastructure, President Obama said he will ask Congress for $302 billion to update the nation’s roads and railways. Aside from jobs creation, the taxpayer-funded investment will, he maintains, attract business.

Funding for surface transportation infrastructure programs expires later this year. The White House says 700,000 jobs could be at risk if Congress fails to renew the Highway Trust Fund.

AECOM Technology Corporation (NYSE/ACM) is one of the world’s top engineering and design groups that serves the transportation, environment, energy, and water sectors.

MYR Group Inc. (NASDAQ/MYRG) builds transmission and distribution lines for the oil and gas, power, and telecommunications industries. The company also installs and maintains electrical wiring in commercial and industrial facilities and traffic and rail systems.

Aecon Group Inc. (TSX/ARE) provides infrastructure services to private and public sector customers around the world. The company operates in three of the most lucrative sectors: transportation (road and rail), energy, and natural resources.