Everyone has an opinion. Unfortunately, opinions are just that…opinion; they aren’t truth. So you have to take opinions with a grain of salt. That said, some opinions hold more weight than others. More specifically, I tend to sit up and take note when someone close to the source has something interesting to say.

On the back of an improving U.S. economy, more and more Americans will be looking for places to spend their newly found disposable income. And when it comes to parting with your money, there’s no better place to go than Las Vegas; at least not if you’re in North America.

If, however, you’re not all that much into plunking your money down on a system designed to benefit the host, but like the idea of making money off those that lose, then gaming stocks might be up your alley. It also might be a good idea to look beyond Las Vegas for some big growth gaming stock opportunities.

Most analysts expected the Macau, China gaming market would grow by 12% to 15%. Those kinds of numbers are more striking when you consider that this small region in China now collects seven times the annual gaming revenue generated by the Las Vegas strip.

Macau, better known as the “Monte Carlo of the East,” is the only legal gaming outlet in China and just a one-hour, high-speed ferry boat ride away from Hong Kong. The tiny eight-square-kilometer peninsula is expected to experience strong double-digit growth in 2014. However, some doubt it will be as strong as 2013, mainly because there are no new casinos expected to open this year.

But, there’s something better on the horizon. A major theme park resort (Chimelong) is expected to open on neighboring Hengqin Island before Chinese New Year begins at the end of January. The theme part is expected to draw between one and two million visitors this year; 70% of those visitors are expected to be adults, some of whom might just want to visit Macau for the nightlife. 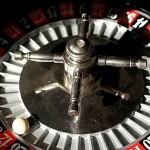 Investors interested in gaming stocks closer to home might want to consider doing some due diligence in a couple lesser-known gaming stocks. Penn National Gaming, Inc. (NASDAQ/PENN) is a gaming stock that focuses on almost 30 horseracing and casino gaming facilities throughout the U.S. and in Ontario, Canada.

Isle of Capri Casinos, Inc. (NASDAQ/ISLE) owns and operates about 15 dockside, riverboat, and land-based casinos in Colorado, Iowa, Louisiana, Mississippi, and Missouri. This gaming stock has approximately 14,000 slot machines and 350 table games, as well as more than 3,000 hotel rooms and 45 restaurants.

There are hundreds of gaming companies and dozens of publicly traded gaming stocks operating in the resorts and casinos industry. The commercial casino industry is an important part of the U.S. entertainment industry and the U.S. economy. It is also vital to states and communities where it operates, creating jobs and business opportunities. It also provides direct gaming tax revenues to stimulate struggling economies and help communities grow.

Internationally, many U.S. commercial gaming stocks have helped to build the industry into an important part of the global economy. A number of U.S. gaming stocks either have operations in foreign markets or are pursuing expansion abroad.

Over the past few years, Asian gaming markets have experienced tremendous growth, with a large number of U.S. gaming stocks looking to open new operations there. Macau is the largest and most successful; beginning in 2006, gross gaming revenue in Macau surpassed that of the Las Vegas Strip.

This article How to Profit on Gaming Without Becoming a Gambler by John Paul Whitefoot, BA was originally published at Daily Gains Letter.