How to Profit When Washington Inevitably Starts Bickering Again

If you listen to mainstream media, the power struggle in Washington is over. The left and right came together valiantly, raising the debt ceiling and ending the U.S. government shutdown. At least, they temporarily did; they basically just put a glow-in-the-dark “SpongeBob SquarePants” band-aid on a compound fracture.

Washington voted to temporarily fund the government through January 15, 2014, and extend the $16.7-trillion debt ceiling through February 7. Then it starts all over again—and if it’s a repeat of the last three weeks, it isn’t going to be pretty.

How the January/February deadlines will impact the U.S. and global economy is anyone’s guess in 2014. Or rather, it depends on who you ask; according to the Canadian Imperial Bank of Commerce (CIBC), the global economy is expected to turn a corner in 2014, thanks to economic improvements in the U.S. and Europe. World growth could accelerate more than four percent in 2014, while U.S. growth will climb to 3.2% in 2014 from 1.5% this year. (Source: Quinn, G., “Global economy set to ‘turn a corner’ in 2014, CIBC’s Shenfeld says,” Financial Post web site, October 17, 2013.)

This, of course, is in sharp contrast to the International Monetary Fund (IMF), which said that, as a result of the U.S. government shutdown and slow international expansion, the global economy will grow at a more tepid pace than was originally anticipated.

The IMF had initially expected 2014 global growth to come mainly from the world’s largest economy as a result of higher taxes and lower spending on the heels of the Federal Reserve’s gradual tapering of its $85.0-billion-per-month quantitative easing policy. But Janet Yellen, who is nominated to ascend the throne as Chairwoman of the Federal Reserve in early 2014, is a virtual clone of current chairman Ben Bernanke and isn’t expected to change current policy.

In essence, the global economy was held hostage during the first few weeks of October because of schoolyard bickering in Washington. This did not sit well with China, Japan, and Russia; China has since warned the world it needs to de-Americanize itself, arguing that to rely on America to lead the way economically in the coming decades would be pure folly. 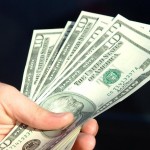 Where can investors turn? There are a number of interesting emerging market exchange-traded funds (ETFs) catching the attention of Wall Street.

During the U.S. government shutdown and debt ceiling debacle, the S&P 500 managed to eke out a one-percent gain. Those same three emerging market ETFs, on the other hand, seriously outperformed the S&P 500. The Market Vectors Russia ETF was up 4.2%, the iShares MSCI South Korea Capped ETF gained five percent, and the iShares MSCI Poland Capped ETF capped an 8.1% run.

While the U.S. is going to remain the world’s biggest economy and the greenback is going to continue to be the reserve currency, that doesn’t mean investors shouldn’t consider looking at emerging markets and correlating ETFs to help diversify their holdings, reduce risk, and increase their chances for growth.

This article How to Profit When Washington Inevitably Starts Bickering Again by John Paul Whitefoot, BA was originally published at Daily Gains Letter

Action Alert: end campaign of intimidation and destruction of forests in East Kalimantan