How to Protect Yourself From Digital Tax Fraud

Unfortunately, this makes it easier for cyberthieves to steal tax returns.

In 2013, the IRS processed 5.1 million fraudulent returns, paying out $5.8 billion in defrauded refunds and preventing another $24.2 billion in attempted theft.

Here are some things you need to know to protect yourself from digital tax fraud.

In some cases, cyberthieves obtain personal information by sending phishing emails. For instance, they may impersonate an IRS agent and threaten fines or jail unless you send payment. Other scammers pose as bank or tax advisors asking you to update information, directing you to a fake link where they can steal your login information. Some emails contain viruses intended to steal data from your computer.

Sometimes the perpetrator is your own tax preparer, Consumer Reports warns. Some fraudulent preparers entice victims by offering short-term tax anticipation loans, then filing unauthorized returns and collecting the refunds. Some preparers inflate your income in order to get a bigger return, leaving you stuck trying to explain the overpayment to the IRS later. 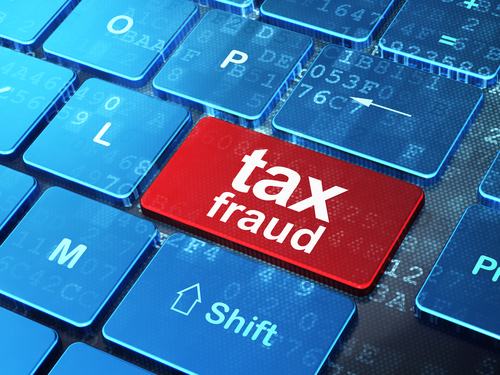 To protect your information, there are several precautions you can take.

To protect yourself against fraudulent tax preparers, be wary of preparers who engage in suspicious behavior. Signs that you should be suspicious of include:

Don't sign anything without reading it and be on the lookout for anything suspicious. Make sure your preparer signs your return and provides his or her IRS Preparer Tax Identification Number (PTIN). The IRS recommends choosing a reliable tax preparer by using its Directory of Federal Tax Return Preparers with Credentials and Select Qualifications or its list of IRS Tax Pro Association Partners.

Warning Signs to Watch for

Several indicators may alert you that you've been a victim of tax fraud. When you file your tax return, you may receive a notice that someone has already filed your return. You may discover that IRS records show you earning more wages than you actually did. You may be informed you owe additional taxes or that part of your refund is being withheld to pay for a delinquent debt. You may learn you've had collection actions taken against you for a year when you didn't file. You may get federal or state benefits cancelled due to reported income change.

If you suspect you've been a fraud victim or your SSN has been compromised, you should respond to any IRS notices and fill out an IRS Form 14039 (Identity Theft Affidavit) while continuing to pay taxes using a secure channel. If your attempts to contact the IRS do not produce a resolution, contact its Identity Protection Specialized Unit at 800-908-4490.

If you're sure a fraud has been perpetrated, file complaints with your local police and the FTC, and contact the three credit bureaus to place a fraud alert. Close any compromised or fraudulently opened accounts. Report fraudulent tax preparers to the IRS using a Form 14157.