By Ally Yates, author of Utter Confidence: How what you say and do influences your effectiveness in business

Rebecca, a young engineer recently asked me the question: ‘How do I raise my profile in meetings?’

She had recently gone through the annual appraisal process where the feedback from her boss was: ‘You don’t say enough in meetings, you need to contribute more.’ I asked her what she thought about the feedback. Rebecca paused, deliberated, and then said ‘I think it’s better to say nothing in a meeting unless I’m adding something over and above everyone else’s contributions.’

Wise words. Too many moments of valuable meeting time are consumed by those who like the sound of their own voice, or repeat themselves, or who simply blether on. And yet her economy of input wasn’t serving her. What was her boss wanting to see – and why? What was holding her back? A lack of confidence? A sense of unworthiness? Or was it a matter of not knowing what to do. We settled on the latter and started to explore the options available to her. 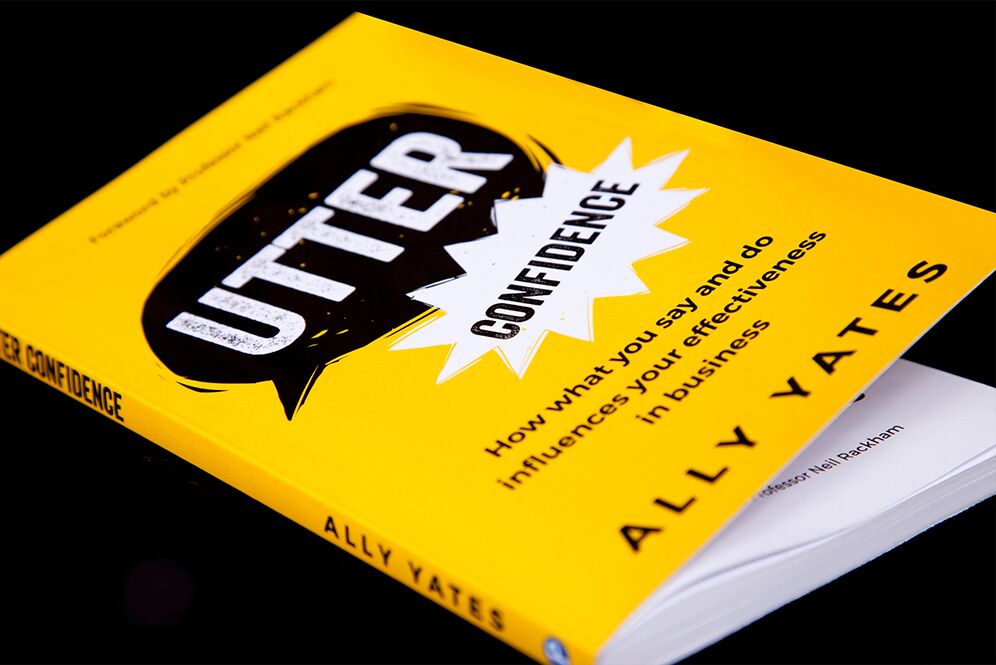 Giving an opinion or sharing information and experience are just two of the ways in which you can make a contribution to a meeting. These are also two of the least effective ways to behave and Rebecca seemed to sense this. But she had yet to discover how she could participate in discussions in ways that helped the other attendees and herself.

Together we worked through the top ten strategies for making your voice heard in meetings:

1. Be selective – Skilled performers know when best to contribute as well as how best to contribute. They have a sense of timing that ensures they contribute without being disruptive. This strategy appealed to Rebecca’s cautious approach whilst emphasising the importance of saying something and making her presence felt.

2. Be concise – Teams and groups that work well tend to share the distribution of airtime with no one person dominating more than another. A big contributor to this efficiency is the ability to ‘get in’ to the conversation, say what you need to say and then ‘get out’. This can be a challenge for extroverts, who can sometimes turn on the communication tap and provide a steady, unstoppable flow. For introverts, who prefer to reflect on content before thinking, it means that oftentimes the conversation has moved on before they’re ready to speak. Being mindful of your personal style and the levels of participation across the group are fundamental to improving your performance and the success of the group.

3. Vary your contributions – The default inputs in meetings fall into a category of behaviour known as Giving Information. This includes making statements of fact and giving an opinion or reasons. Research into effective meetings behaviours has revealed a number of more effective alternatives, some of which are outlined below.

4. Summarising – If, like Rebecca, you don’t have anything to add to the subject under discussion, you can help the entire meeting by summarising key points at regular intervals. In studies on skilful behaviours across a range of work situations, summarising regularly shows up as a helpful, yet still relatively uncommon, behaviour. One of the reasons it’s rare is because to summarise accurately you have to be a good listener and be attending to the contributions of others rather than focussing on your own agenda.

5. Labelling – A behaviour label is a device which announces the behaviour that you’re going to use next. For example: ‘Can I just ask a question?’, followed by a question, or ‘I’d like to add some information here’, followed by giving information, or ‘Here’s another idea for the pot’, followed by a proposal. Labelling helps to command the attention of the other people in the meeting and it then creates the space for you to say your piece and be heard.

6. Shutting Out – Sometimes, to get into a conversation you have to steal the airtime from another person. This is a behaviour known as Shutting Out. If you’re reluctant to speak out in a meeting your attempts at using this behaviour will likely be ineffective. A helpful formula for interrupting and claiming the airtime is A + B + C = SO. A is A non-verbal indication that you want to get in to the discussion. You can lean forward, indicate with your hand, nod with your head and/or make eye contact with the speaker or the chairperson in a way that communicates ‘I have something to say’. B is a Behaviour label. Use a label to prepare the audience that you want their attention. C is the Category of behaviour you use next, e.g. asking a question, suggesting an idea. These three elements combined significantly increase your chances of ‘SO’ – Shutting Out successfully.

7. Building – This is a behaviour used by the most skilful individuals. Building behaviour is defined as ‘adding to or modifying a proposal or suggestion made by another person’. In a meeting this might sound like:

Proposal: I’d like to spend some time looking at those figures
Build: Maybe we could get Sam to talk you through them

Like Summarising, Building relies on your ability to listen. Done authentically, Building also demonstrates that your interest lies with the people generating the ideas, rather than competing with your own ideas. This is why effective ‘builders’ are often described as helpful. A further use of Building is as an alternative to disagreeing with someone’s idea. Rather than reject the suggestion outright, take an element of the idea that you like and work with that. It’s a powerful way to build relationships, improve climate and gain momentum.

8. React – Reacting behaviours are the way we let other people know how we respond to what they have said. The two most common reacting behaviours are Supporting and Disagreeing. If you have a low count on both these behaviours you may be what the researchers call a ‘Low Reactor’. Such a person can often have a negative or destabilising effect on a group because others find it hard to judge where they’re coming from. If Rebecca fell into the Low Reactor trap it could lead to people being suspicious of her behaviour. So rather than set the group on edge, use Supporting and Disagreeing as a way of being heard. When you like an idea or agree with something someone has said, say so. When you aren’t convinced, let people know. Skilled performers support and disagree in equal measure. With Disagreeing, be sure to state your reasons first and then your disagreement. That way you can be sure people have heard the basis of your dispute. If you lead with ‘I disagree because…’, the chances are that people will already be preparing their rebuttal and so won’t hear your reasoning, however coherent it may be.

9. Ask questions – If there was one mantra I would like to resonate around the walls of corporate meeting rooms, it’s this: Give less, Ask more, Ask better. The intent is to help you build your interactions around inquiry. Being curious rather than judgmental is one of the most powerful ways to ensure you are heard and to build the relationships that will help you towards success. Ask people for their ideas, their thoughts and their reactions: ‘How do you think we should do this’, ‘What’s your basis for saying that?’, ‘How do you feel about what’s been discussed so far?’. Questions also help to provide clarity in the meeting, ensuring people leave with the same level of understanding.

10. Develop influencing styles – To influence without authority requires a skilful use of the ‘Pull’ style of persuasion. Behaviourally this is characterised by three behaviours: Seeking Proposals; Building and Seeking Information. However, when time is short, or where you’re the expert, or where you’re happy to go with compliance rather than commitment then you will need to master a ‘Push’ style of persuasion. Here the dominant behaviours are Proposing ideas and Giving Information. Being heard in business is helped by choosing the style that best fits the situation and exercising it skilfully.

Building her awareness of these tactics and taking opportunities to practice has helped Rebecca build new behavioural muscle. Much of what she’s learned has not only helped her voice to be heard in meetings, but also in one to one interactions and negotiations. She has raised her skill level and her profile. A sound basis for a stellar performance review next time round. 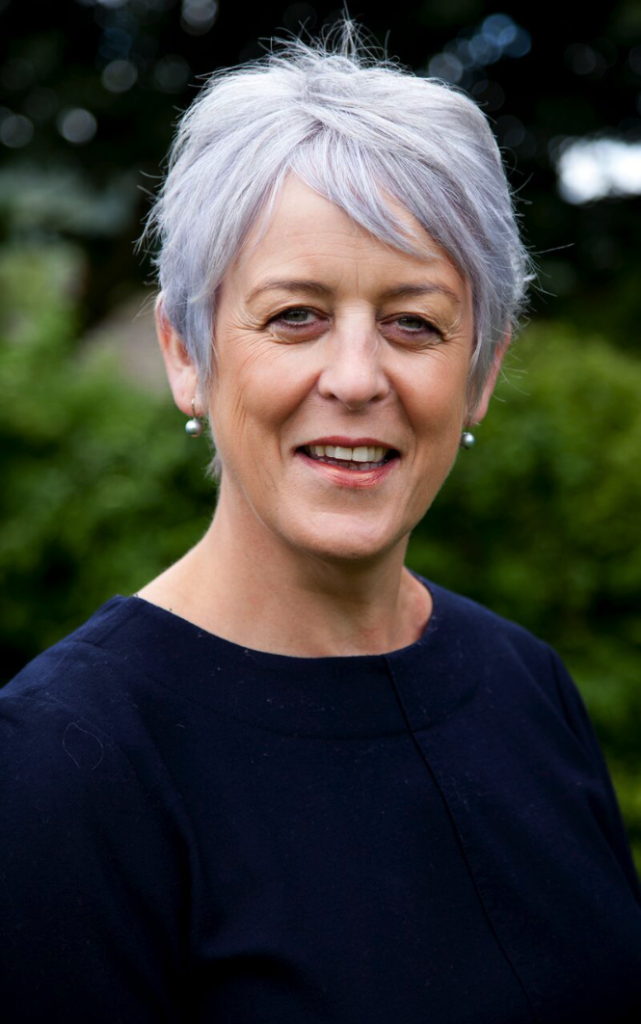 Ally Yates is author of ‘Utter Confidence: How what you say and do influences your effectiveness in business’ and an expert on Behaviour Analysis and the interactions that define us. She combines a deep understanding of people and how to achieve results, based on her many years’ experience working with large corporate clients around the world.

Since 2000 Ally has been working as an independent consultant, facilitator, trainer and coach. She has collaborated with international business schools and has received national and international training awards.

Ally’s approach is grounded in a sound understanding of theory, trends and practice in learning and development, business development and leadership development. Clients value her insights, pragmatism and influence.

She is passionate about family, rugby union, travel and learning.