How will political parties fund themselves with falling membership?

It seems that the mainstream political parties are all experiencing a decline in membership numbers, apart from one notable exception.

The Independent reports today that it is thought that the Conservative Party has 'hollowed out' to 'barely 100,000 members' as compared to the 1950s when it was about three million and one million in the 1980s.

The Labour Party doesn't seem to have fared much better with 200,000 members currently and the LibDems can muster about 42,500.

The problem for the traditional big three is that declining numbers means less money in the coffers to run campaigns as well as fewer activists to do pound the pavements canvassing and delivering leaflets.

And as it is the main three that hold the reins of power there is concern that we may end up with the taxpayer funding political party activities1. This would lock the country into a real LibLabCon party, if it isn't already. 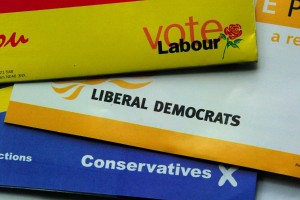 But what other choice do those in Westminster have if they are to maintain their control but are not willing to listen to the people that can actually elect them? They need to find a way that disconnects them from the control of the ordinary person and what better way than forcing them to fund their activities even if the voters don't agree with what those parties stand for?

I see this subject moving up the (private) political agenda of the main three parties as UKIP gains and they falter. But first they have to find someone other than themselves to blame for the growing democratic deficit before they bring in the required legislation. Watch this space.