How will Stimulus by Bank of Japan Affect Investment Company Performance in the Region?

Interestingly, despite this recent improvement in performance, the average discount of the Japan sector is -9%, and -9.3% in the Japanese Smaller Companies sector compared to -7% for the average investment company. With the Bank of Japan stimulating the economy, will this performance continue or is it another false dawn for Japan?

What has Japan done to stimulate the economy and what are the consequences?

Sarah Whitley, Manager, Baillie Gifford Japan Trust, said: “The LDP, headed by Shinzo Abe, won the December Lower House elections and has since formally adopted a 2% inflation target, along with other policies together labelled Abenomics. The aim is to stimulate growth with three ‘arrows of policy’ including significant monetary easing, fiscal stimulus, and structural reform (including deregulation and tax reform).

“Coinciding with this1. Haruhiko Kuroda. 2. Shinzo Abe. , the new governor of the Bank of Japan, Haruhiko Kuroda, supports more aggressive monetary policy and has vowed to ‘do whatever it takes’ to end 15 years of deflation. Last week he surpassed expectations following his first policy meeting, abandoning previous stimulatory measures and committing the Bank of Japan to more aggressive QE that includes buying longer dated bonds. The plan is to double the monetary base in two years in order to achieve the 2% inflation target.”

Nicholas Weindling, Manager, JPMorgan Japanese Investment Trust, said: “One consequence of the prospect of looser monetary policy in Japan has been a much weaker yen. From the beginning of October to the end of March the Yen weakened from Y78 to the US Dollar to Y94. It weakened against all major currencies including the Korean Won and the Euro. This is important because many of Japan’s major competitors are in these regions. The boost to competitiveness should be substantial.

“Although the stock market has rallied in recent months it is still attractively valued, at around 40% beneath the highs of the summer of 2008. On a price/book value basis Japan trades at a large discount relative to its own history and other major markets. On a price/earnings basis it trades in line with other major markets but has much better earnings momentum, not only for 2013 but also 2014.

“The improving global economic outlook favours Japan. It is important to remember that during the 2008 Financial Crisis it was Japan that suffered the worst recession of any of the G8 nations. Conversely, when the global economy recovers we expect the Japanese economy to benefit. Indeed, the stock market is even more geared to this trend with manufacturing accounting for over 50% of the Topix index versus around 20% of GDP.”

What is the outlook?

Sarah Whitley, Manager, Baillie Gifford Japan Trust, said: “There is now a uniformity of purpose in Japan to try and solve some of the problems that have been intractable since the notorious Japanese bubble of the late 1980s. Although the intervening period has not really been the much written about ‘lost decade’, much needs to be done to make Japan more internationally competitive in non-manufacturing segments of the economy, as well as to meet the challenges of an ageing society and high levels of government debt. Abenomics may not be the complete answer, but it is at least addressing the problems.” 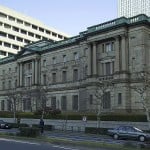 Nicholas Weindling, Manager, JPMorgan Japanese Investment Trust, said: “We are positive on the outlook. There are four key reasons for this. First, domestic policy support. Prime Minister Abe won a landslide victory in the December election and, unusually, has had rising support ratings in the months that have followed. He has a strong mandate to reform and is pursuing his policies at a faster than expected rate. We expect public works spending to increase, corporate tax rates to come down and Japan to enter negotiations to join the Trans Pacific Partnership, a free trade association which includes the United States. We have already seen some companies increase wages. It is a long time since Japan has had a stable and dynamic leader.

“Overall, we see significant opportunities ahead. We believe that the primary beneficiaries of so-called Abenomics lie in domestic sectors. The improved outlook for export companies thanks to the weaker Yen will feed directly through to the domestic economy in the form of higher profits and in turn higher wages. Furthermore, the drive for inflation should force companies and individuals out of cash savings and into riskier assets as they become concerned about their purchasing power being eroded. The Trust is therefore overweight financials companies. Banks will benefit from increased loan demand as well as being able to sell more investment products. Real estate companies will benefit as the improved economic outlook pushes down vacancy rates and drives up rents. We also expect housing and condominium sales to improve.

“Eventually we expect wages to rise as the economy improves which should in turn increase demand for discretionary goods. The Trust is therefore overweight retailers. We also have a substantial portion of the fund in companies that will benefit from the new government’s plan to increase public works spending. We think that the changes in Japan are structural and long-term in nature and the Trust is positioned to take advantage of this.”

Euro under pressure again after the brief respite