How Will the 2014 Budget Affect Pensions, Savings, Tax and Scotland?

Chancellor George Osborne MP’s 2014 Budget delivered a number of surprise changes, especially to the pensions and savings environment. Here we look at the key announcements.

A series of changes to the rules regarding pension drawdown has already come into force. People with capped drawdown policies can access income of up to 150% of the amount they could have received from an annuity each year, up from 120%. Flexible drawdown, where the policy allows you to access to as much or as little of your pension fund as you wish, will be available to those with retirement income of £12,000 per year or more, down from £20,000.

Those with small pension pots now have increased flexibility to take the whole fund as a lump sum. You can now do this if your total pension savings are worth less than £30,000, up from £18,000. You can also withdraw money from a single pension pot if is worth £10,000 or less, up from £2,000.

From April 2015, what you might call the ‘do it yourself drawdown’ option will become much more attractive. Essentially, all clients with defined contribution pension schemes will be able to withdraw as much or as little of their pension funds as they wish once they reach the permitted age for taking benefits. It is actually theoretically possible to take your entire pension fund as cash at the moment, however if more than 25% of the fund is taken as a lump sum, the excess over and above the 25% figure is subject to a punitive tax of 55%. Under the new rules, 25% of the fund can still be taken as a tax-free lump sum, with the remainder taxed at your marginal rate of income tax.

“No caps. No drawdown limits. Let me be clear. No one will have to buy an annuity,” said Mr Osborne.

Mr Osborne also announced that he was making funds available to product providers and consumer groups to facilitate the delivery of free financial advice for all regarding their retirement income options.

Another announcement that was welcomed by older people was the introduction of a new Pensioner Bond, to be offered by National Savings & Investments from January 2015. The over 65s are expected to be offered extremely attractive interest rates of 2.8% for one-year bonds and 4% for three-year bonds.

The tax-free savings regime is also changing. The existing Individual Savings Account (ISA) limits will apply for the first three months of the new tax year, which starts on April 6 2014. Investors will be able to invest £11,880 in ISAs during this period, of which the entire amount can be invested in stocks & shares, or alternatively up to half the allowance (£5,940) can be placed in a cash ISA, with the remainder in a stocks & shares ISA.

However, from July 1 2014, New Individual Savings Accounts (NISAs) will be introduced. These will allow tax-free investment of up to £15,000 in cash, stocks & shares or a combination of the two. For the first time, the full amount can be invested in cash, and monies held in stocks & shares ISAs will be able to be transferred into cash. Indeed, the terms ‘cash ISA’ and ‘stocks & shares ISA’ will no longer exist. Although cash and stocks & shares will still be the areas in which clients invest, all tax-free savings vehicles will be known simply as NISAs.

Another boon for savers came with the abolition of the starting income tax rate. Currently, those with income below the personal allowance are taxed at 10% on savings of £2,790 or more. From April 2015, no tax will be levied on the first £5,000 of savings income, although 20% tax will be paid above this level.

• A reduction in bingo tax from 20% to 10%, ending the anomaly whereby bingo was taxed more heavily than other forms of gambling. Tax on betting terminals was increased to 25%.

• A 1p reduction in tax on a pint of beer

• The Help To Buy scheme has been extended to 2020

• The latest proposed rise in fuel duty has been scrapped 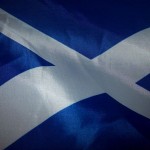 Residents of Scotland will vote on September 18 2014 on whether they wish Scotland to become an independent state. Yet even if there is a majority Yes vote, independence is unlikely to occur for at least another two years after that. While Scotland remains part of the UK, residents of Scotland can benefit from all of the changes announced in the Budget. After the official date of independence, responsibility for economic decision making would pass to the Scottish government.

The Budget speech always contains a series of predictions from the Office for Budget Responsibility (OBR), relating to matters such as expected economic growth. The OBR revised down its forecast for tax receipts from the North Sea oil and gas reserves, which are almost exclusively located in Scottish waters. Mr Osborne suggested that this would cost each resident of Scotland £1,000 were they to vote for independence.

The grant for small businesses was extended, to allow them to provide 100,000 more apprenticeships. This power is already devolved to the Scottish Parliament, so consequently Scotland will receive additional funding.

Duty on Scotch whisky was frozen.

5 Car Features That Will Cost You