• HSBC announces the roll-out of talking ATMs, making them easier to use for blind and partially sighted customers

HSBC today announces that it will roll-out talking ATMs in the UK to aid blind and partially sighted customers.

HSBC is investing in new machines and software across the UK. The roll-out began in 2012 and is ongoing, and new software which gives the ATMs the ability to ‘talk’ will be installed in early 2015.

There are almost two million people in the UK living with sight loss, estimated to rise to 2.25m by 2020. Research shows that only 29 per cent of blind and partially sighted people say they are able to manage their finances independently even though most would like to, whilst a Royal National Institute of Blind People (RNIB) study found that 89 per cent find it difficult or impossible to use an ATM independently.

Using conventional ATMs often means that blind and partially sighted customers rely on a third party to help them access their cash, be it a trusted companion or in emergencies a passer-by. Talking ATMs allow users to access their money securely and independently by plugging headphones into the machine and receiving spoken instructions. 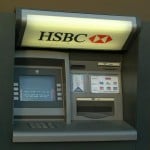 “I am delighted to announce HSBC’s roll-out of talking ATMs in the UK. We are committed to ensuring banking services are accessible to all of our customers and members of the public who use them. We will continue to invest in new technology both in branch and digitally so that all of our customers can manage their finances the way they want to.”

Natalie Doig, RNIB Campaigns Officer, said: "We are pleased that HSBC has joined our Make Money Talk campaign. Rolling out speech enabled ATMs at this speed will benefit thousands of people with sight loss, and we believe all banks in the UK should provide cash machines with audio facilities for their blind and partially sighted customers."

Renationalise the railways for the common good says Green Party