Hybrid or Electric? Which Technology Comes out on Top?

The economy is showing no real sign of perking up any time soon, and along with mounting environmental concerns, many drivers are considering selling their cars in favour of more fuel-efficient vehicles, i.e. hybrid electric cars.

The hybrid vs. electric debate is a complicated one. You should pat yourself on the back if you’ve made it through the other debates leading up to this one. If you can’t be bothered to wade through the glut of information online, this guide might help you decide which of the two kinds of vehicle is best for you. 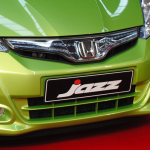 Studies have shown that the average driver only gets 75 per cent of the advertised mileage for their vehicle. The lab tests can’t account for other conditions that affect your vehicle’s mileage, like terrain, weather and your driving habits.

Owners of hybrid vehicles, on the other hand, have access to real-world mileage through displays on their dashboards. Hybrid car owners will find that their car’s mileage is overall higher than others, which will lead to lower running costs over time.

Hybrid cars rely on the combustion of fossil fuels, along with an electrical system that uses some of the energy that would have been lost through braking, storing it in a battery for later use.

It’s still hard to maximise the use of purely electric cars because their batteries simply do not last long enough and most major cities are not equipped with the necessary infrastructure to support them; they do not have the all-important charging stations.

A big problem with purely electric cars is that there doesn’t seem to be a way in which a battery can deliver the same energy as a fuel tank can. It would be too large, too heavy and the costs would be far higher than those involved in running a normal car.

Other concerns have been raised about electric cars, particularly in terms of safety. Emergency workers have criticised these vehicles, claiming they would be in danger of being electrocuted during emergency or rescue missions.

Additionally, there’s the issue of technological compatibility. Hybrid cars work on the principle of mating an electric motor to a gas engine, so that the former supplements the latter constantly. This is much better for emissions as well as making full use of gasoline.

However, this technology is relatively complicated. It means that if you wanted to drive your car down to the garage, they’ll have to have some specialists on board. It’s still unclear how thorough the servicing infrastructure for these vehicles is going to be.

Which comes out on top?

It’s not a straightforward answer. A purely electric car would be the answer to our environmental problems. We have the hybrid car now, which can be seen as a stepping-stone towards having environmentally sound travel. Of course, manufacturers would benefit from hearing your thoughts on the matter.

Image By HombreDHojalata (Own work) [CC-BY-SA-3.0 (http://creativecommons.org/licenses/by-sa/3.0)], via Wikimedia Commons

Fast paced computer games can be good for you