I just want to make it quite clear that, as a UKIP supporter I am not a Europhobe.

'How does that work?’ you may well ask.

Well, to put it simply I do not dislike Europe or Europeans, in fact I have come to love the different cultures and peoples during my travels. But what I do dislike with a vengeance is the interfering, monolithic wannabe superstate called the European Union.

I am therefore an ‘EUphobe’ (although I’m not sure that this word existed until I wrote it here), I am ‘EUphobic’ and the distinction is extremely important.

The definition for the word ‘Europhobe’ from such sources as oxford dictionaries.com means:

‘A person having a strong dislike of Europe or opposing participation in the European Union’.

Note that it refers first to a person with a strong dislike of Europe leading me to think that those supporting the EU have cleverly twisted the term to include those against the EU. To put it geographically and bluntly, the UK is part of Europe and its people are European so how can any UKIP supporter be ‘Europhobic’?

But that is not how I see my views nor those of members of UKIP. No they, like me, I believe have an aversion to having their democracy stripped away, detest having no way to stop their taxes being used to prop up bust nations and hate the loss of control over their borders and way of life.

It may sound a bit pedantic but language and words are very strong and persuasive and any loose usage can leave the door open for others to misinterpret and mislead based on what you say. Declaring yourself a Europhobe, or letting someone else label you as such allows the intimation that you are against “Europe” in general. It gives the opposition somewhere to go in their attempt to destroy your argument.

We must use our language in a more laser-like way and by declaring ourselves as EUphobes or EUphobic it makes it quite clear as to where our dislike lies. It also gives detractors far fewer avenues to follow (if any).

On the other side we can then coin the term 'EUphile' for those that espouse the EU way. 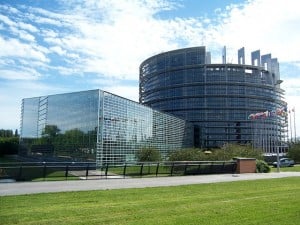 At present EU supporters can call themselves Europhile and bask in a sort of self proclaimed Europe loving security blanket whilst branding anyone outside of it as a racist ‘Europe hater’ etc. All based on the general words ‘europhobe’ and ‘europhile’, despite the geographical nonsense of it pointed out above.

We need to strip that little tissue of safety away from the EU supporters and brand them for what they really are – EUphiles, lovers of a superstate bereft of real democracy and accountability.

The overwhelming majority of us are Europhiles, but a fast growing number of us are also EUphobes.

I will now endeavour to use the terms EUphile and EUphobe whenever I can as I believe it will help me to continually focus on what it is that I actually dislike and it is not the continent of Europe or Europeans, of which of course I am a part.