Ideas for a Cultural Day out in the Capital

London is a melting pot of culture: from high to low, mainstream to alternative, complex to populist. To truly experience what the capital has to offer culturally, of course you'll need much more than one day – but it's an excellent way to start. Check out the following ideas for upping your cultural capital over the course of a day. 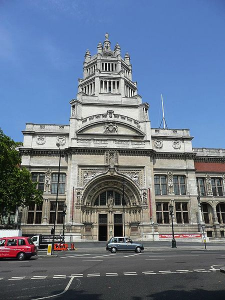 London is rightly famous for its many museums. Many of them focus on specific artistic disciplines, too. So if you want to see and discover more about cutting-edge design, Japanese art, fashion and interiors, the palatial V&A is where you should head. Entry to the South Kensington museum is free, though there is a charge for their exhibitions, which have recently included the phenomenally popular David Bowie one. If it's the vanguard of modern art you hanker for, then you can't go wrong with the Tate Modern; for earlier art, including a vast collection of Pre-Raphaelites, visit its big sister museum, Tate Britain. For history, where else but the British Museum, which offers up delights, surprises and artefacts across the span of human history, from Ancient Egypt and the Roman Empire to modern Mexico.

London's cinemas are legion, from quirky single-screen repertory film houses complete with sofas to lounge on while you enjoy the film, to gargantuan multiplexes showing everything Hollywood currently has to offer. For a different experience, you must head to the British Film Institute on the South Bank. The programme changes monthly, and offers screenings of everything from silent Japanese films, golden-era Hollywood to showcases of films by the newest and hottest young directors. If you have children and they will be accompanying you on your day out, the BFI also has screenings especially for them, including showings of old cartoons, such as The Moomins. If it's the latest spectacular animation they want to see, then you should head further into the West End and check out what the best kids' films are showing at Cineworld [1]. Cult classics are often shown at the Princes Charles Cinema in Soho, the Horse Hospital in Bloomsbury and the Roxy in Borough.

After a crisis in ticket-price rises for plays in the West End kept people away a decade ago, theatre in London is now far more affordable. Whether you want to see the best in contemporary work at the National Theatre, the revival of a classic at The Old Vic, avant-garde comedy at the Soho Theatre or at the more populist end of the spectrum, a show-stopper in the heart of Theatreland, London's theatres offer a dose of culture for every taste.

In a city famous for its subcultures and underground cultural scenes, you shouldn't shy away from exploring the more offbeat delights on offer. Why not check out the many galleries and exhibitions in Dalston, or some Stuckist Art at the Horse Hospital in Bloomsbury? Or perhaps a talk by the Sohemian Society in a Fitzrovia pub or a guided walk by the Fortean Society. You can even take a psychogeographic walk around London neighbourhoods such as Soho or Notting Hill which explore their musical, fashion and criminal pasts. Then round the day off with a gig at the 12-Bar on Denmark Street, London's very own Tin Pan Alley.

Whatever cultural delights float your boat, be sure to use this guide as a staring point – and your artistic explorations could lead who knows where.