Identity Theft: Where Does Your City Rank?

Each year, nearly 12 million Americans fall victim to some form of fraud or identity theft. Such a daunting figure is due in large part to a recent string of large-scale data breaches that affect thousands — even millions — of consumers in a single, sinister hack.

Within the past few years we’re seen major incidents involving Target, CVS and even the IRS. And if we learned anything from the recent Ashley Madison scandal, it’s that you can’t guarantee that your supposedly deleted data is safe from prying eyes.

On the other side of the spectrum are the smaller incidents of fraud that affect only a single person or small group. These isolated incidents rarely make the news, but a look at general trends offers a fascinating glimpse of those parts of the country where identity theft is most rampant. The Federal Trade Commission report released earlier this year included a few surprises. Here are the cities and regions that earned spots at the top of the FTC’s list. 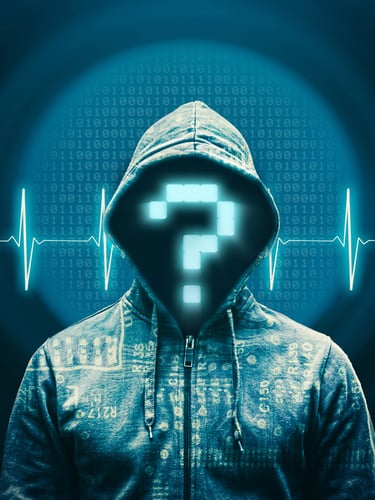 In general, Florida is easily the most fraud-rampant state in the U.S., with the Sun Sentinel newspaper reporting more than 200,000 filed complaints. The specific region encompassing the larger Miami metropolitan area topped the FTC's list this year. Why is it such a hotbed for fraudulent behavior? Florida’s unique demographics and tourist-based economy make it an obvious choice for identity thieves. Plus, the fact that Florida has no state income tax suggests the possibility that individual earnings are held up to less scrutiny. Lastly, a larger-than-average retiree population means incidents of Medicare fraud are far more likely.

Most people probably don’t associate the Pacific Northwest with identity theft, and until last year neither did the people who live there. The sudden spike in cases is due in large part to a breach at the Seattle Catholic Archdiocese, one of the city's largest employers. The breach affected thousands of employees at local schools, hospitals and, of course, churches. Seattle-based NBC affiliate KING 5 News (1) reported that most of the individuals affected didn’t know they’d been victimized until they tried to file taxes, only to discover that someone else had already filed in their name.

The St. Louis Post-Dispatch reported that nearly 6,000 individuals fell victim to fraud and identity theft in the St. Louis metropolitan area, earning the city the #3 spot on FTC’s top ten list. Curiously, the city wasn’t even on the list in 2013. Though the reason for this sudden rise in fraud-related crime is still under investigation, according to the Post-Dispatch, a spike in computer- and smartphone-related identity theft may be to blame. In general, this type of crime tends to happen in waves, as perpetrators pick a specific area of opportunity and then move on when locals and law enforcement catch on.

Due in no small part to its depressed economy, the Detroit area has proven especially susceptible to incidents of welfare and medical-related fraud. According to the Detroit News, 11 people were arrested in March for using stolen information from nearly 5,000 Blue Cross Blue Shield subscriber profiles. The data theft didn't lead to their arrest but what they did afterward — using the information to buy more than $740,000 at a single Sam’s Club. For many identity thieves, devious behavior doesn't necessarily go hand-in-hand with intelligence.

Want to see if you live in an area with an increased risk of identity theft? Check out this useful tool from LifeLock.