Tougher Chinese policies aimed at reducing dependency on coal will help restrain global coal demand growth over the next five years, the International Energy Agency (www.iea.org) (IEA) says in its annual Medium-Term Coal Market Report (www.iea.org/w/bookshop/add.aspx?id=461) released today. Despite the slightly slower pace of growth, however, coal will meet more of the increase in global primary energy than oil or gas – continuing a trend that has been in place for more than a decade.

"Like it or not, coal is here to stay for a long time to come," IEA Executive Director Maria van der Hoeven said at the launch of the book. "Coal is abundant and geopolitically secure, and coal-fired plants are easily integrated into existing power systems. With advantages like these, it is easy to see why coal demand continues to grow. But it is equally important to emphasise that coal in its current form is simply unsustainable."

Chinese policies are already affecting the global coal market, Medium-Term Coal Market Report 2013 (www.iea.org/w/bookshop/add.aspx?id=461) finds. While China will account for nearly 60% of new global demand over the next five years, government efforts to encourage energy efficiency and diversify electricity generation will dent that growth, slowing the global increase in demand.

Despite its moderated demand forecast, the report does not project peak coal in China within the next five years, and the nation's consumption and production will remain comparable to that of the rest of the world combined. Moreover, the report notes that China has approved a number of coal conversion projects to produce liquid fuels and synthetic natural gas – developments that bear watching as they could significantly reduce the country's demand for other fossil fuels.

"During the next five years, coal gasification will contribute more to China's gas supply than shale gas," said IEA Director of Energy Markets and Security Keisuke Sadamori. "While there are many uncertainties about this technology, the potential scale of projects in China involving coal to produce synthetic natural gas and synthetic liquids is enormous. If this were to become reality it would mark not just an important development in coal markets but would also imply revisions to gas and oil forecasts." 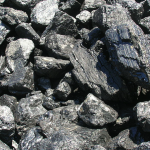 For the rest of Asia, coal demand is forecast to stay buoyant over the next five years. India and countries in Southeast Asia are increasing consumption, and India will rival China as the top importer in the next five years, the report says.

Indeed, while it is true that demand growth is concentrated in non-OECD countries, coal will not decline in the OECD but rather will remain flat during the outlook period.

Coal use in OECD members Japan and Korea will rise by 1.3% and 3.0% per year on average, respectively, during the forecast period, but strength in OECD Asia will be offset by sluggishness elsewhere in the OECD. The European coal fever prompted by the price differential between coal and gas – as well as low CO2 prices – will prove temporary, and European demand will fall more than 6% through 2018. In the United States, environmental regulations will hamper construction of new coal-fired plants and bring the closure of some older ones, while increasing shale gas production will continue to encourage coal-to-gas switching.

The Medium-Term Coal Market Report 2013 is part of an annual series whose other outlooks address oil, gas and renewables. The series also features a report on the marketplace for energy efficiency.