Global supplies rose by 600 000 barrels a day (600 kb/d) in February to 92.81 million barrels a day (mb/d), led by a 500 kb/d jump in OPEC crude output, the IEA Oil Market Report (OMR) for March reported Friday. Total non‐OPEC supplies grew by 1.3 mb/d in 2013 and are expected to increase by a further 1.7 mb/d this year, the highest rate of growth since at least the early 1990s, driven primarily by the United States and Canada. Russia, China and Brazil will contribute as well.

Global oil demand growth of around 1.4 mb/d is forecast for 2014, to 92.7 mb/d, as the macroeconomic backdrop improves. Emerging markets, despite their recent volatility, are forecast to provide the majority of this growth, with non‐OECD Asia accounting for roughly half of the gain. 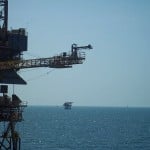 Global refinery crude throughputs are on track to expand by 1 mb/d this quarter, to 76.6 mb/d. Contracting runs in Asia and Europe is partly offsetting robust growth in the United States, the Middle East and Russia. Seasonal maintenance is set to curb refinery activity to a low of 74.8 mb/d in April, taking global runs to 75.9 mb/d on average for the next quarter, a 1 mb/d year‐on‐year increase.

The US Department of Energy said on 12 March that it would sell 5 mb of crude from the Strategic Petroleum Reserve to test the capabilities of the reserve system infrastructure. Deliveries are expected in April.

The Oil Market Report (OMR) is a monthly International Energy Agency publication which provides a view of the state of the international oil market and projections for oil supply and demand 12-18 months ahead. To subscribe, click here.

FSCS depositor and policyholder protection to be lowered to £75,000

Addressing the nation’s debt: how Brits are coping with tighter budgets