Not only does a YouGov poll say that most Europeans would vote for Barack Obama if they voted in the US presidential elections, the odds of the incumbent president retaining his post have also shortened from 2/5 to 1/3 said William Hill this morning.

If Europeans were able to vote in the upcoming American presidential election they would overwhelmingly cast their ballots in favour of Barack Obama, according to the results of YouGov’s EuroTrack survey, a multi-country study tracking public opinion in the UK, Germany, France, Denmark, Sweden, Finland and Norway.

The seven nation poll found that no more than 10% in any country surveyed said they would vote for Republican challenger Mitt Romney.

“No doubt many Americans are not overly concerned about who Europeans think they should vote for, but on the other hand history has shown that when a president is unpopular with the people of Europe it can have a far-reaching effect on how those people view the whole United States.

Obviously, both candidate’s top priority is to win over the American public, but every modern president must also show that they can be an effective operator in the international arena. That includes being seen favourably by people in other countries.

While Obama’s support at home has waned, his popularity in Europe is still such that it is effectively overshadowing Romney who, even as the campaign reaches a climax, has yet to make much of an impression on Europeans.” 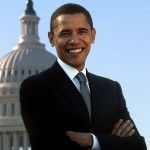 Meanwhile, the results of our latest poll of US voters reveal a much tighter contest. Amongst registered voters, Obama received 48% support, while Romney was at 46%.

If Romney were elected president, 32% of respondents said the US would be more respected by other countries, 17% said it would be said about the same, and 39% said America would be less respected if Romney wins the election.

China: Lessons to be learned as the market matures, but tools in place to avoid a hard landing