If the Tories aren’t worried, they should be!

A few scant months ago a strong Tory majority was considered by many as an inevitability. In fact, amongst the party faithful, it was it seemed being viewed almost as a birthright. But now the Conservatives are sliding in the polls to a narrow 6% lead and Labour are benefitting. So, what has happened?

The two Tory ‘Big Beast’ Michaels, Heseltine and Portillo have very recently written in newspaper articles and put the dampeners on Cameron’s chances.

Heseltine says that history is against Cameron getting a workable majority. He reckons that Cameron will win (just) but be forced to go to the country again within a year to secure a mandate. And with the state of the economy it would not take too much to quickly fall out of favour.

Portillo seems to put the blame on the Party’s inconsistency and its inability to take a stance and stick to it, leading to voter confusion. 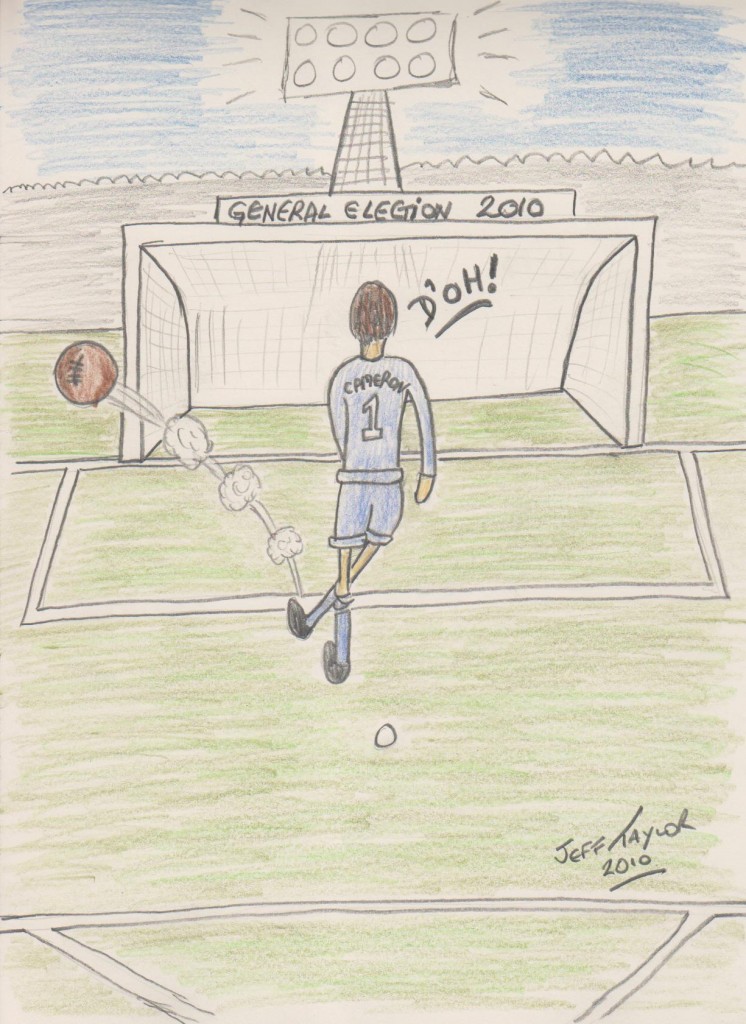 Labour, despite their failings, have stuck to one theme; keep spending until the time is right and the recovery is strong enough to start addressing the huge debt. Whether the right strategy or not it is a strategy and it is forcefully advertised.

In response the Tories have generally agreed with it and come up with one or two wizard wheezes.

The first to get your income tax paid as it goes into your bank account rather than being taken by the employer at source, so as to save businesses the cost. Does this mean that banks will bear the cost and charge fees to do it? Will it mean that gifts or other innocent payments into my account are taxed immediately? Just a hollow announcement with many potential flaws and no real benefits.

Then there is the plan to allow ordinary people to buy RBS and Lloyds shares cheaply when the banks are eventually offered back to the private sector. So, instead of using the profits to repay the government books they are going to allow people to buy them cheap then, sure as eggs is eggs, sell them on for a very quick profit. Why not just simplify tax and raise the personal limits?

The danger for the Tories is that the electorate will be offered two alternatives:

Labour, more of the same, predictable, keep spending and nothing to rock the boat. It’s tough but doable.

Conservative, the same (sort of) with some weird gimmicks that may or may not work and the built in uncertainty of a ‘regime change’.

Cameron and the Tories need a powerful vision that we can all latch on to. All that he has offered so far is an assumption of a Tory victory.

Boris backs competition to find business stars of the future