This October, coinciding with the 100th anniversary of the 1917 Russian Revolution, Tate Modern will stage the first major museum exhibition in the UK of artists Ilya and Emilia Kabakov (b.1933 and b.1945).

Curated in close dialogue with the artists and organised in collaboration with the State Hermitage Museum, St Petersburg and the State Tretyakov Gallery, Moscow, the exhibition will explore this pioneering couple’s place in the international story of conceptual art and will offer the chance to view rarely seen works together for the first time in the UK.

The Kabakovs are amongst the most celebrated Russian artists of their generation, widely known for their large-scale installations which draw upon the visual culture of the former Soviet Union and narrative traditions of Russian literature, often addressing universal themes such as utopia, dreams, fears and the human condition. The exhibition will feature over 100 works in a range of media, including paintings, drawings, albums, models and installations, and will chart their artistic journey, from Ilya’s role as an unofficial artist in Moscow working under the radar of the Soviet authorities, through to his emigration to the west in 1987, and subsequent collaboration with Emilia. 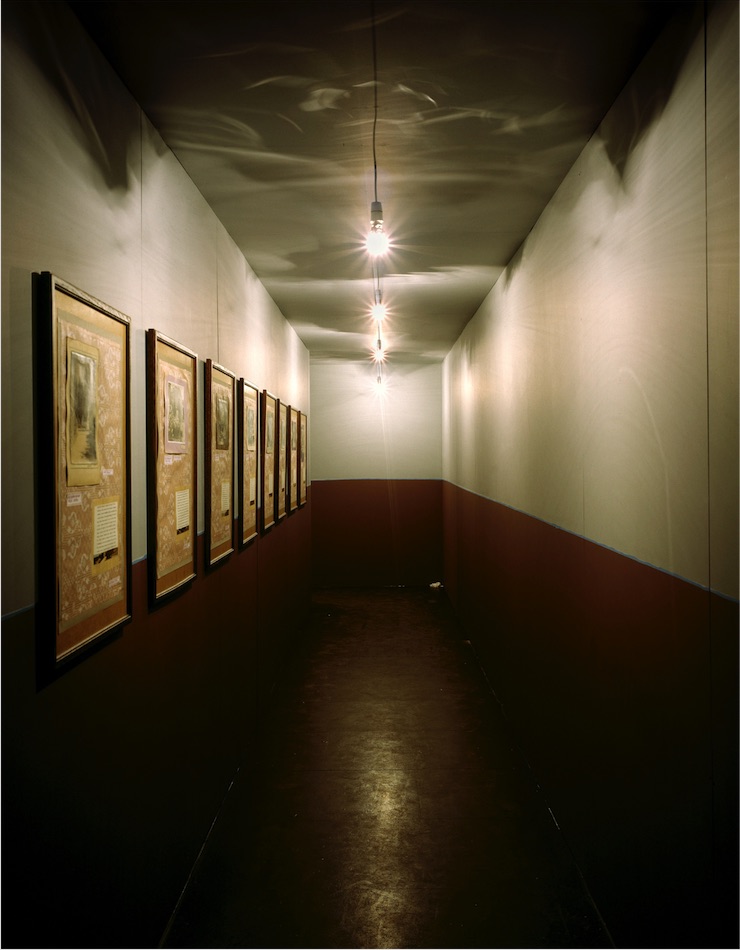 Three ground-breaking ‘total’ or whole-room installations will be presented in the exhibition: The Man Who Flew into Space From His Apartment 1985, Labyrinth (My Mother’s Album) 1990 and Not Everyone Will Be Taken into the Future 2001. The immersive Labyrinth (My Mother’s Album) 1990 will feature at the heart of the survey – a claustrophobic, maze-like environment evoking the idea of life as an endless corridor. This intensely personal work recounts the memoirs of the artist’s mother and her tragic life during a turbulent period of dramatic societal change spanning the 1917 Revolution through the rise and fall of the Soviet Union. The labyrinth’s walls are hung with collages telling the story of Bertha Urievna Solodukhina, while a recording of Ilya Kabakov singing romantic Russian songs gives the impression of a live performance.

The exhibition will also feature Ilya Kabakov’s early drawings from the 1960s and his innovative Ten Characters series of albums in which he used fictional characters for the first time. In the late 1960s and 1970s his cavernous attic studio on Sretensky Boulevard became the centre of the unofficial Moscow art scene and it was here that he hosted ‘performances’ of his albums to fellow artists. A questioning of the practice of painting has also been a central feature of Ilya Kabakov’s works since the early 1960s. His object-paintings such as The Answers of an Experimental Group 1971 juxtapose image, text and objects to ironically criticise Soviet society and utopian ideals. In more recent paintings such as The Appearance of the Collage # 10 2012, the artists layer scenes from different art historical moments to explore ideas of collective memory and cultural heritage.

The title of the exhibition, Not Everyone Will Be Taken into the Future, is taken from Ilya’s response to a study on the Russian abstract artist Kazimir Malevich, published in a 1983 issue of the underground magazine A-YA. In his writing, Kabakov poetically imagines Malevich as a headmaster selecting students for summer camp – an allegory for those artists who will – and will not – be taken into the future. Visitors to the exhibition will be able to see the whole-room installation, Not Everyone Will Be Taken into the Future 2001, on display for the first time in the UK.

Ilya and Emilia Kabakov: Not Everyone Will be Taken into the Future is curated by Juliet Bingham, Curator, Tate Modern with Katy Wan, Assistant Curator, Tate Modern and is supported by Novatek. The exhibition will be accompanied by a fully illustrated catalogue from Tate Publishing. The exhibition will travel to the State Hermitage Museum, St Petersburg and the State Tretyakov Gallery, Moscow, in 2018.