Looking around the press output for the last few days it is immigration that tops the political news over the last week or so.

If it is not about the impending lifting of work restrictions for immigrants from Bulgaria and Romania it is about free access to GP surgeries or the associated concerns over the costs of health and benefit 'tourism'.

Some people are worried that our infrastructure will not be able to deal with more people coming in to the country or that the 'fabric' and 'culture' of our current society will be lost.

On the other hand there are those that believe these concerns are just knee-jerk reactions to what are really small changes or, at worst, deep-seated racism.

Then there are others who believe that any price is worth paying for that Holy Grail of economic growth.

Maybe it would help to take a step back and pose a few questions:

• The UK population is rising, so how far are we prepared to let it go?

• Do we need a rising population to improve economically as a country?

• Why are the Romanian and Bulgarian politicians so keen for the UK to take their brightest and best people from them?

• Immigrants generally pay more in income tax than they take out, but is that the only consideration?

• What proportion of our immigrants come from the EU, which has at most ten percent of the global population, compared to the rest of the world?

• Does the EU really represent a model of the 'free movement' of labour.

• Does the UK need to pay the European Union a levy in order to use the workforce of its member nations?

Let's take a look at the UK population first. As you can see from the graph below, the UK population has been rising at a consistent rate for the twelve years between 2000 and 2012. This has resulted in a seven percent increase in numbers over the period. That may not sound much but, if this were to continue for another 48 years from now it would mean an increase (compounded) in the population of forty percent since 2000. And, if you believe that we need more people to come in so as to cater for an ageing population, then it would need to keep rising. Further then, after 110 years or so our population will have doubled. 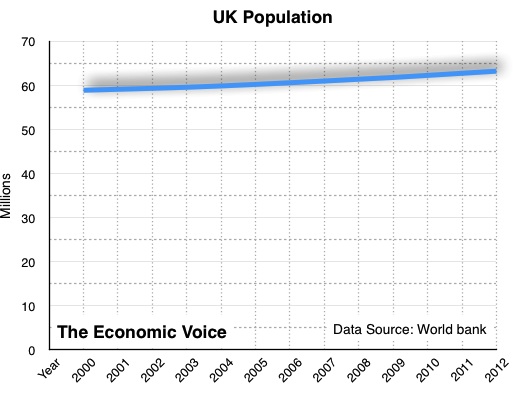 At what point would we say enough? Then, if we did want to change it, how could we amend policy after decades of free movement? Would it not be better to start controlling immigration now and be working out how to construct a sustainable economy that does not rely on ever increasing numbers of people?

The next graph shows the UK GDP, it is included so that you can compare it to later graphs. Please note that UK GDP increased by about 65 percent between 2000 and 2012 (not adjusted for inflation). 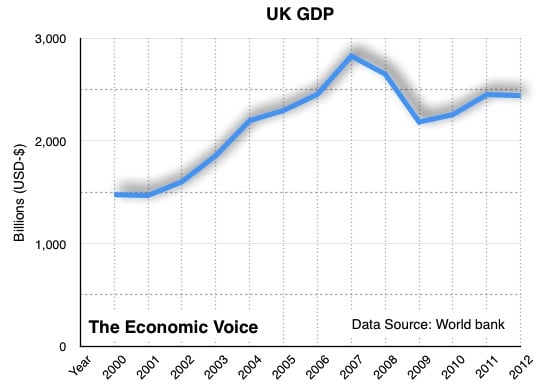 The poster child for recent immigration into the UK is Poland. That country has seen a significant exodus of its young, brightest and best for a number of years. So let's look at its population and GDP between 2000 and 2012.

As you can see from the graph below the Polish population has been just about flat over the period, but the next graph shows that its growth in GDP does not seem to have been impaired. In fact recently it did comparatively better than the UK and increased by 187 percent over the period. 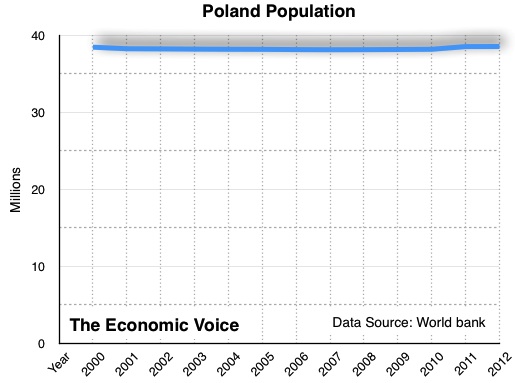 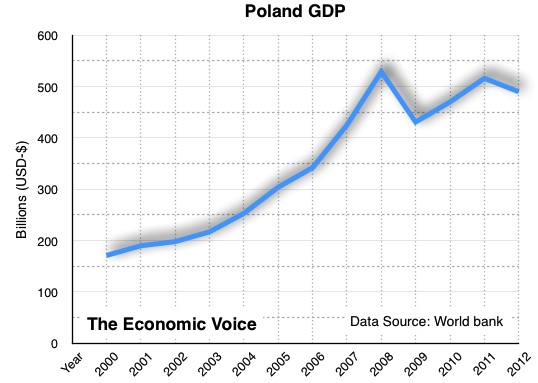 In case that the example of Poland is an anomaly let's take a look at the Bulgarian and Romanian populations and GDP.

Both countries saw a decline in their population numbers but both also saw GDP growth of 303 percent (Bulgaria) and 358 percent (Romania). 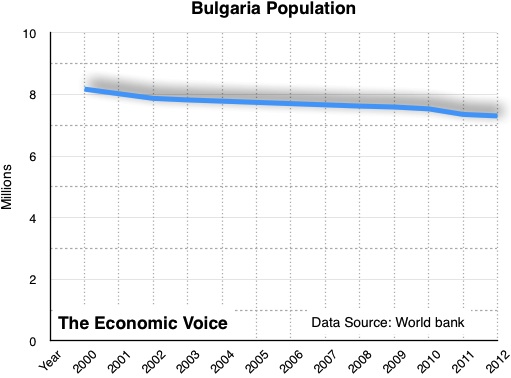 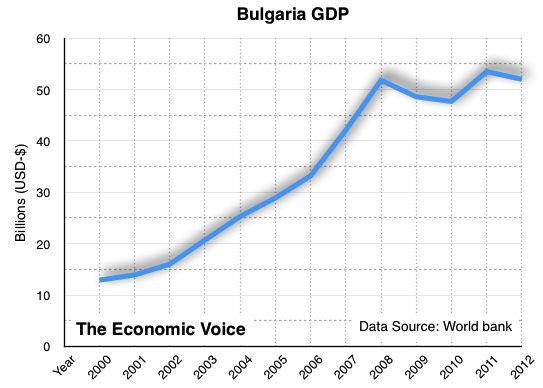 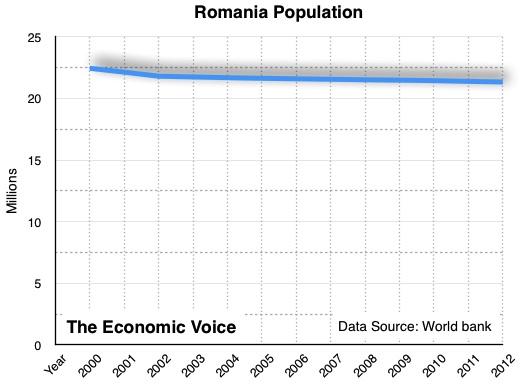 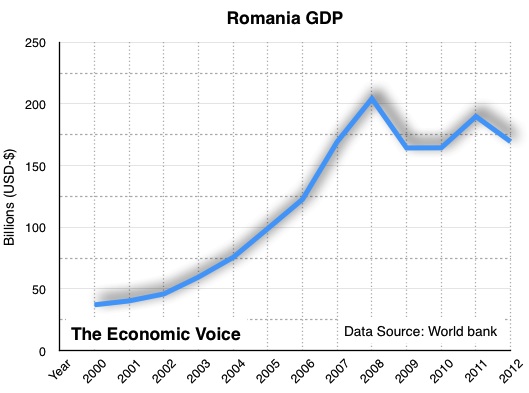 In the next graphs you can compare the GDP per Capita (roughly standard of living) growth for the UK, Poland, Bulgaria and Romania. The increases in percentage terms for the three East European countries far outstrips ours and it makes you wonder why their people do not want to stay and make their countries stronger and, more importantly, why their politicians aren't crying out for us to help them restrict the outflow of their clever and skilled people who must be so essential to the growth of the countries concerned. Unless of course there are both political and economic advantages for encouraging this movement of labour. 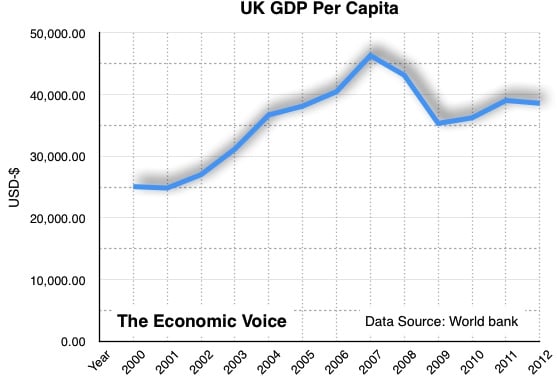 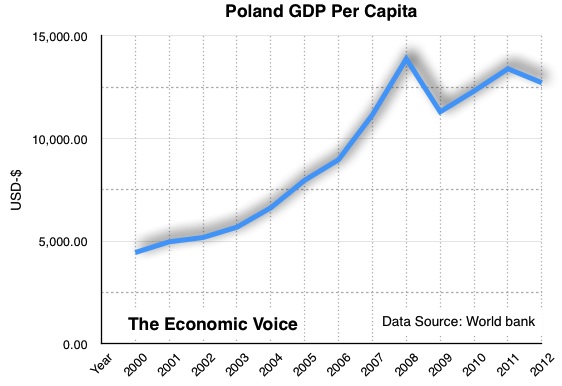 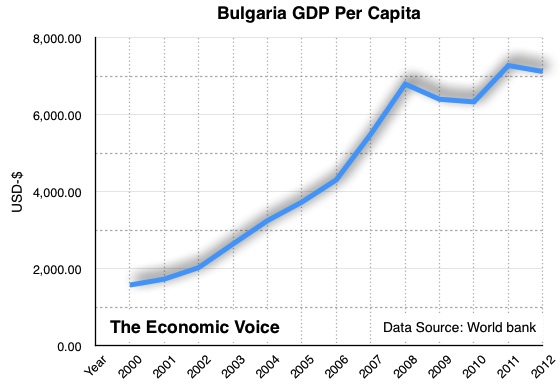 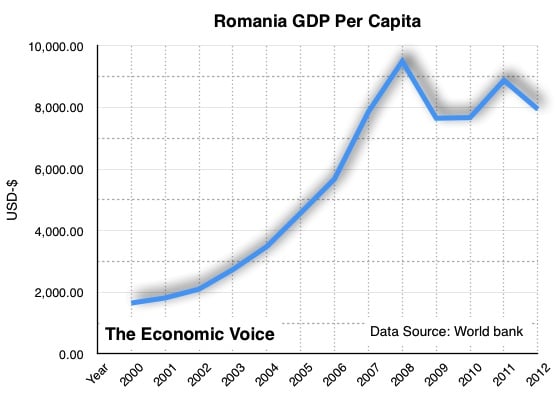 Just for completeness you can see What German and French population and GDP growth look like here and here. German population is flat-lining mainly due to a birth rate of some 1.38 children per female.

We keep being told that immigrants pay more in income tax than they remove in benefits. But that is just internal accounting. What you also have to take into account is the amount the UK pays to be a member of the EU club, much of which is a slice of our Gross National Income (like GDP but marginally more). All members pay in but some (a few) are net givers and some are net receivers because the EU gathers the money in then redistributes it in a way that (hopefully) builds up the weaker countries and areas to become strong members of the community. The thinking here appears to be that the powerhouse countries will do the heavy lifting with all the workers they can get and some of the money generated will be redistributed to the weaker countries on the premise that it will be good for all. This would explain the UK government's keenness for immigrants and the donor countries' willingness to let them go.

But what happens as the stronger countries get ever stronger pouring more money into the communal pot for the weaker countries whilst soaking up more of the EU population's workforce (also remember that there are accession countries waiting in the wings such as Turkey and Albania)? Can this mechanism be reversed as the weak get stronger without damaging both strong and weak? In fact, will the weak always be relatively weak so just compounding the situation into the future? To put the figures in context Romania alone was offered €20 billion in aid between 2007 and 2013 to pull it up to the level of more advanced EU members.

With this in mind could the EU really be called a model of the 'free movement of labour' when countries are being effectively bribed to send their people out into the region so that the donor country can gain economically from work in other countries? (That's without the lucrative EU political and administrative posts that can be farmed out to the selected influential worthies that toe the EU line.)

But why do we need to pay into the pot to be the member of a club that costs us more than we get out in both levy and trade? The EU only holds, at best, ten percent of the global population but UK immigration looks something like this (graphs below): 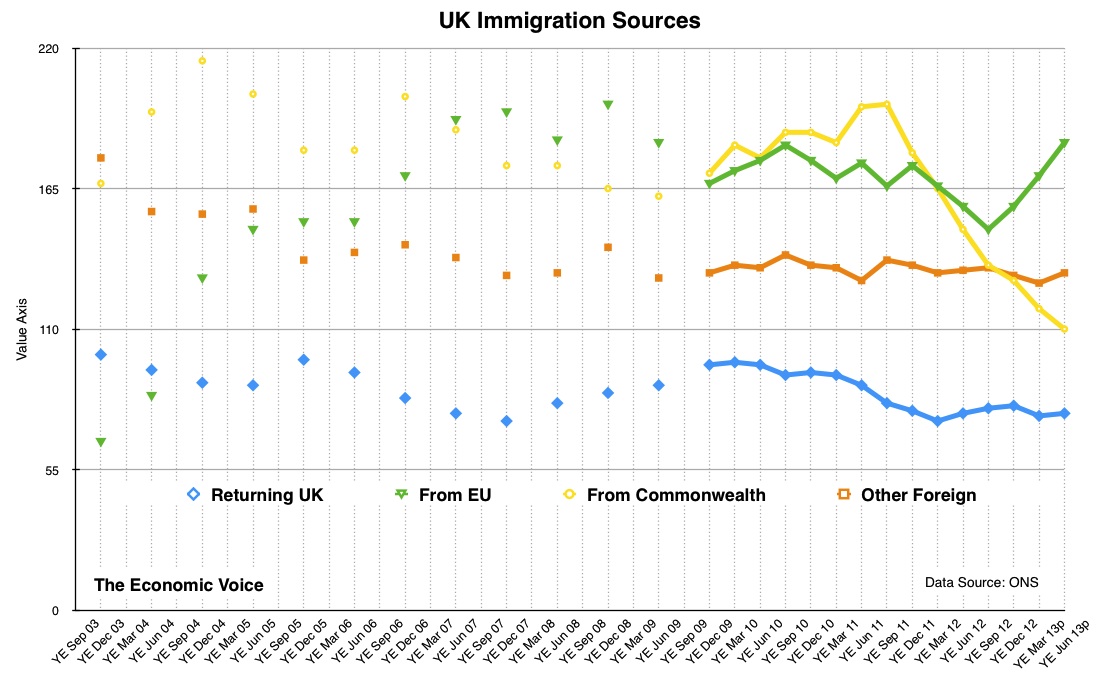 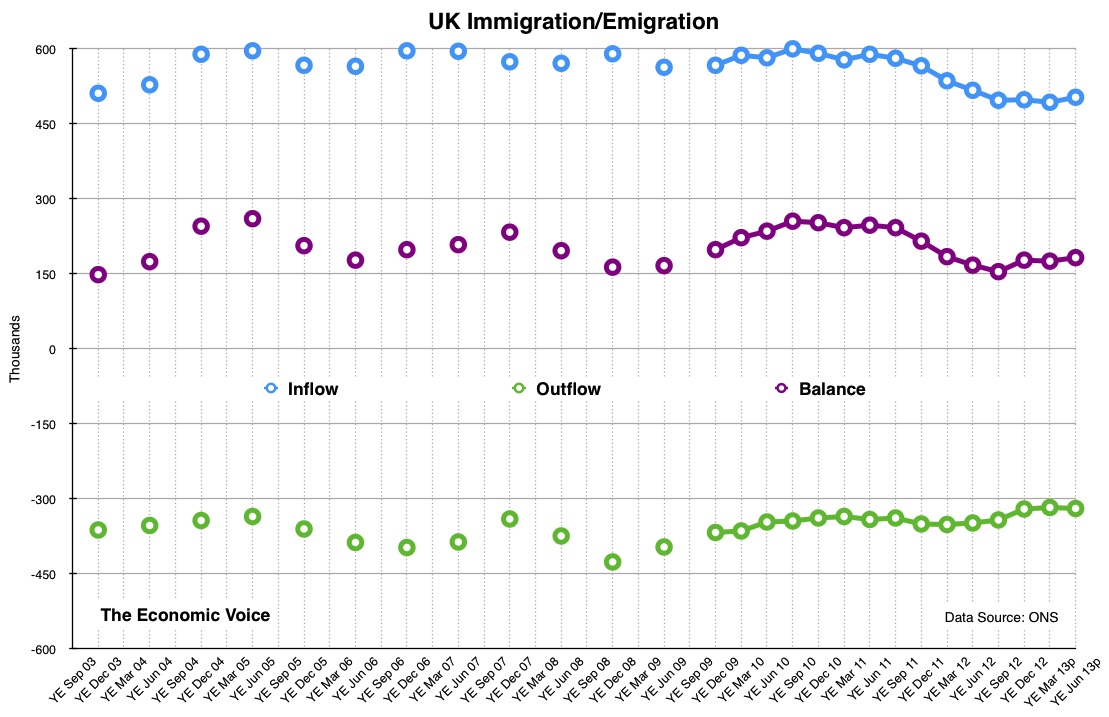 Looking at the global population as a whole surely we should be taking just ten percent from the EU if we want to get the best of the potential immigrants? And that again would mean some sort of controls. So why do we pay a fee that allows a few to gain unfettered access to our growing economy?

A recent report from the Centre for Economics and Business Research forecasts that the UK economy will overtake that of Germany by 2030. But we are also told that England (not the UK as a whole – yet) is now the most crowded major country in the EU, something that can, it seems, only get worse if the current trends continue – maybe spilling over into the rest of the UK in time.

As a nation the UK needs to ask itself if it wants to continue down this road. Big business and politicians will inevitably scream, yes, yes, we want more and more (the short term business profits and political gains are enormous and will outweigh all other considerations – such as cultural). But what of the ordinary person in the street, what do they really want?