After the miseries caused by all the storms here in the UK the topic of immigration seems more of a continuous rumble, which will no doubt become louder as the next election draws nearer. Fuelled by the fact that the government here has cut back on environmental protection schemes more and more questions are raised about how tax payer’s money is spent. The floods and gales have meant many ordinary people have lost their homes, businesses and trade links to the rest of the country. The question has to be asked ‘how can we afford to support a population explosion caused by ever increasing immigration from other countries if we cannot look after our own residents’?

A couple of weeks ago the headlines were full of new figures showing the majority of British residents were against immigration open doors to the EU. The figures showed increased levels of public concern to which politicians immediately jumped upon and reacted to by agreeing that the tax payers should not have to support the immigration system. The Times (February 24th) reported on the latest effort by the Home Secretary to support this resolution by stating that there would be an increase in visa costs. This sounds feasible but is this perhaps just a way of raising money for government departments and not a part of positive moves towards controlling migration? However, this alone provokes a new row as the Prime Minister announced special fast track services for countries which he considers are ‘elite’, travellers from China, India and the Gulf states as part of a trade drive. So we are left wondering just who will be the winners in this?

The Office for National Statistics (ONS) recently revealed figures which showed a huge rise in immigration to the UK over the past 10 years and, as an independent body, we increasingly rely on their figures to be accurate. In January there was increased public concern over the migrants from Bulgaria and Romania being allowed free access to the UK. Unfortunately regarding this particular instance the ONS states that estimates for migration numbers from these countries to the year ending March 2014 will not be available until May 2014. In the meantime we see reports that there is a possibility that the Home Office forced the ONS to amend its figures as they appeared exaggerated and would cause alarm –is this yet another political ploy for election salesmen? 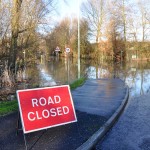 It seems that Immigration Law does now need to be amended and updated if it is to meet with public consensus. The latest amendments and statements of changes in immigration rules were updated and published on February 4th, 2014.

For anyone considering immigration or just making a visit to the UK for whatever purpose or perhaps to another part of the world it is now extremely advisable to take legal advice before investing money in your move. The rules and regulations are in a mode of change and, though the weather has taken priority in the media headlines over the past months, there is no doubt that alarm bells are now ringing in all government departments – regarding future approaches to immigration legislation.

Winsor Report – Part 2 (The death of the Police Service)