Impact of a Potential Rise in UK Interest Rates

Ahead of the Bank of England’s Official Bank Rate decision on 7th August 2014,  Algernon Percy, Managing Director at Waverton Investment Management assesses the impact a rise will have on the UK economy:

“Mark Carney recently stated that: “the clearest indication of when rates will rise is when they rise”, allowing the markets to speculate that we will see the first rate rise sooner than expected in the first half of 2015.  The boom in house prices is a major justification for this assessment as they are currently an increasing threat to the UK’s financial stability.

“When interest rates increase, they aren’t going to rise up to 5% in a hurry. The Governor pointed out to the Treasury Select Committee that inflation pressure from wage growth was minimal; therefore, rate rises would be “limited and gradual”. Policy makers in the UK have put in place a number of macro-prudential measures (i.e credit controls).  One example of the new measures is the FCA’s new rules regarding compliance from both lenders and intermediaries before granting a mortgage.  Another example is the Bank of England’s new limits on lenders’ ability to provide finance to high loan/income borrowers.  All of this is indicative of a reluctance among policy makers to raise interest rates too quickly. 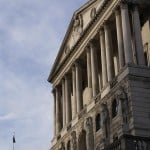 “Private clients should not be too concerned about a sharp rise in interest rates in the short term.  However, they should be aware of the longer term impact on their circumstances. If the cost of borrowing rises significantly over the next 2-5 years, government bonds will face a significant headwind from which corporate credit will provide little or no shelter. It is the timing and nature of interest rate rises that will dictate which sections of the yield curve are most vulnerable.

“Equities will also come under pressure with the first interest rate rise, something investors should bear mind. The way the interest rate rise is perceived, i.e. whether it is considered part of a pre-emptive 'blip', or instead 'behind the curve' and preceded by persistent and rising inflation, will decide the longer term outlook.”

Top Reasons to be a Bookkeeper

Jeremy Corbyn to address six simultaneous rallies across the UK