The Autumn Statement 2013 – Capital Gains Tax: charges on future gains made on disposals of residential property owned by non-residents

“We have all held our breath for many years, waiting for the government of the day to redress the imbalance between Capital Gains Tax legislation on UK residents and those overseas. With the continuing global solvency issues, it has seemed inevitable that this tax incentive for offshore buyers would finally be removed. Perhaps the greatest surprise is that it is come in under a Conservative-led government. Without doubt, their coalition partners played no small part and with the next election in sight in 2015, it is a populist pleaser. The playing field may be levelled, but the devil will be in the detail and the knock-on effect for the wider economy is yet to be seen.”

In the Autumn Statement on 5th December 2013 the Chancellor, George Osborne, announced that a CGT will be levied on the gains made from 2015 on the disposal of UK residential property by non-UK residents. There is very little detail provided on the implementation of the tax and a consultation period has been announced for early 2014. This is good news, as the consultation following the announcement of 15% Stamp Duty on high value properties held mainly by corporate vehicles (“Enveloped Dwellings”) and an annual levy on Enveloped Dwellings in 2012 resulted in a wide raft of exemptions.

One thing that the Government has made clear is that values will be re-based to April 2015 levels. This means that any gains up to this point will be ring-fenced and not subject to the new CGT. The calculation of the 2015 value has not been detailed yet, but this means there will be time for owners and new buyers to structure their purchase appropriately.

CGT is levied on the realised profit made on divestment of certain assets, not on value. For most, it is charged at 28% of the gain, after a number of allowances have been deducted. Broadly speaking these are:

· Improvement costs to increase the value of the property, Stamp Duty Land Tax and VAT (unless you can reclaim the VAT)

· Any other capital losses from other assets in the UK

Many non-resident investors would have faced a similar tax levy on repatriation of their profits anyway and treaties exist to protect against double taxation.

The intention may be to “level the playing field” so that non-residents are subject to the same tax on profits as those in the UK. Many other countries already have a similar regime and others elect to penalise foreigners considerably more than their domestic owners, so the UK is far from unique in this move.

It is not designed to raise much revenue (forecasts predict a net contribution of just £125m to the exchequer’s coffers up to 2020), but is designed as a populist measure and vote winner in the run-up to the next General Election in 2015.

The Questions That Remain…

Will it only apply to owner-occupied properties, or investments as well? Will the tax be levied on the sale of shares in companies, or just when a property drops-out of an envelope? Will non-resident UK domiciles be liable if it is their only property in the UK and would be deemed their Principal Private Residence (PPR) on their return? Will UK resident non-doms be liable to CGT on their property if it is their PPR?

It is likely that CGT will apply to investment properties as the intention is to equalise the tax treatment between UK resident and non-resident owners. 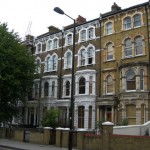 The best indication of how the new CGT measures will be approached is from the new taxes announced in April 2012. The Government tried to discourage people from holding properties as ‘Non-Natural Persons’ (i.e. companies, mainly), where they are for their own occupation.

The Government introduced an Annual Tax on Enveloped Dwellings (ATED) and the 15% additional rate of Stamp Duty for properties over £2m. They also introduced a CGT. Importantly, the Government did not try to tax shareholders on a company’s gain, or on the sale of the shares themselves, only if the property was dropped out of the envelope. This most probably likely recognises the cost and difficulty involved in tracking these trades across any number of global jurisdictions.

If this exemption extends to the new CGT, then there could be a significant incentive for re-enveloping residential assets.

Buy-to-let properties, bought into an offshore company are not liable to the 15% SDLT rate introduced in 2012. They are also outside the scope of the ATED and, as with all properties held in an offshore structure, they do not fall under current UK inheritance tax. By using a wrapper, they may also be exempt from the new CGT legislation.

For property bought for own use, a company structure may also be attractive if the ATED is the only tax that is levied, which decreases to 0.35% per annum, or less for higher value properties.

All of this is hypothetical. Until the legislation is fleshed-out investors are unlikely to make any rash moves. Restructuring should not be considered at this time and there is still plenty of time for action, given that values will be rebased.

With regards to the market, it is possible that the uncertainty caused by the consultation period will have a dampening effect on investor appetite. This may provide a short term investment opportunity. Over the medium to longer term, the appeal of bricks and mortar in Prime London Central will endure and investors are likely to absorb CGT as a cost of investment. At the end of the day, it is a tax on profit, whereas many other global cities will penalise non-residents on acquisition, a far less palatable proposition.

Please note that the above is a summary only and should not be construed as advice.

How to listen your way to a better business