Webloyalty research has revealed that UK retailers could be missing out on as much as £66m in additional revenue through failing to personalise the experience they offer online shoppers. Over half (55.8%) of UK consumers said that they would make more of an effort to use a retailer if it offered a good personalised experience.

The top fifty retailers in the UK have an average turnover of £3.2bn*. For an average-sized retailer generating a turnover of £850m (such as Wickes or Mothercare), this could deliver a 7.8% uplift in sales**. In monetary terms, this translates to an annual uplift of £66 million, not only stimulating online spending, but also helping to improve the loyalty of consumers. For larger companies, this number would naturally increase even further.

The research, undertaken by Conlumino, demonstrates a gap in the market for personalisation, with one in four (26%) consumers saying they have never seen a personalised deal, despite nearly 40% (38.5%) of UK online shoppers stating that they would be more influenced to make a purchase if there was a personal element. The research considered both in-store and online personalisation, looking at in-store technology, tailored deals and online adverts based on consumers’ likes and needs. Over half of UK consumers (51.8%) believe that technology will allow the shopping experience to be better tailored to their needs in the future, with a further one in three (30.7%) thinking that it will make shopping a more personal experience.

“Personalisation is the future of online shopping. Retailers need to be aware of the appetite within the consumer community and respond to it, if they are to reap the rewards. One retailer taking advantage of online personalisation is Westfield with the ‘My Westfield’ app, which features in the Connected Consumer report. The app creates a shopping profile for each user and then generates offers based on location and preferences.” 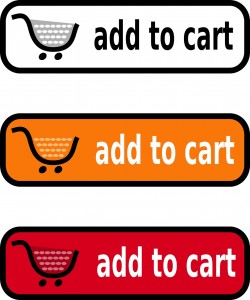 As well as assessing the impact of personalisation on consumer behaviour, the research also looked at the effect of online reviews in terms of consumer spending. The report revealed that one in three online shoppers (35%) base a purchasing decision on recommendations and customer reviews on websites and social media. Two thirds of UK consumers (66.5%) say they are at least partially influenced by online reviews, and a similar number (65%) respond to starred ratings on websites. The average number of reviews written per year by a consumer is 2.3, with almost a third (31%) regularly writing reviews of products or service on websites.

Surprisingly, over half of reviews written online by consumers are positive (56.7%), with just over a third (34.8%) written from a negative perspective. Nearly three quarters (74%) of online shoppers discover new products through reviews and recommendations left on websites and social media.

Chiswick also added: “Consumers are clearly influenced by the reviewing process. Retailers need to ensure that they make the most of customer testimonials, particularly as so many reviews tend to be positive.”

**This has been calculated by examining the proportion of customers who would respond positively to personalisation, and then assessing the relative increase in spend that it would generate.