In some parts of Britain half the jobs are paying less than the living wage, the TUC revealed this week at the start of the second week of the TUC’s Fair Pay Fortnight.

TUC analysis of official figures from the House of Commons Library shows that nationally one in five jobs pays under the living wage – currently set at £9.15 in London and £7.85 across the rest of Britain. But in some parliamentary constituencies more than half of the people working there earn less than this.

Across Great Britain, more than five million people get paid less than the living wage. Birmingham Northfield tops the list of living wage blackspots with 53.4 per cent of people working there earning less than £7.85 an hour, followed by Kingswood near Bristol (51 per cent) and Dwyfor Meirionnydd in north Wales (50.9 per cent).

In other parts of Britain a substantial number of workers also get paid less than the living wage – in Harrow West in north west London (48.9 per cent), Chingford and Woodford Green in north east London (48.3 per cent), East Yorkshire (42.4 per cent), Blackpool South (42.1 per cent), South East Cornwall (40.2 per cent), Heywood and Middleton in Greater Manchester (39.8 per cent) and Rhondda in south Wales (38.9 per cent). 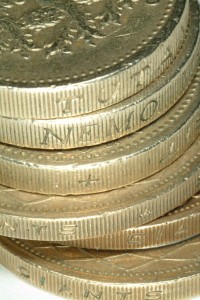 In some parts of the country – mostly in the South East – there are high paying areas where workers fare much better. In Poplar and Limehouse in East London just 7.5 per cent of people working there earn less than the living wage, followed by Edinburgh South West (7.9 per cent), Guildford (8.4 per cent), South Cambridgeshire (8.5 per cent) and Runnymede and Weybridge in Surrey (8.9 per cent).

“Working families have experienced the biggest squeeze on their living standards since Victorian times, and these living wage figures show that women are disproportionately affected. Pay has been squeezed at all levels below the boardroom, and the government’s mantra about ‘making work pay’ is completely out of touch with reality.

“The number of living wage employers is growing rapidly and unions are playing their part in encouraging more employers to sign up and pay it. But we need to see a far wider commitment to pay the living wage from government, employers and modern wages councils – to drive up productivity and set higher minimum rates in industries where employers can afford to pay their staff more.”