We are reaching the end of the year, and it has really been one stellar year for the key stock indices. The S&P 500 is up roughly 25%. Other key stock indices, like the Dow Jones Industrial Average and the NASDAQ Composite index, have shown very similar returns.

The chart shows nothing but a solid uptrend—the S&P 500 continues to make higher lows and higher highs. It seems the momentum is towards buying.

But looking at how 2013 progressed, as the key stock indices continued to march higher, a few disturbing phenomena took place.

Second, companies on key stock indices have logged a record high for share buyback activity. In fact, in 2013 so far, share buybacks have amounted to $460 billion—this is the highest amount since 2007. (Source: Jaisinghani, S. and Raghavan, M., “3M sets year’s biggest U.S. buyback plan, raises dividend,” Reuters, December 17, 2013.) At the very core, share buybacks are a kind of “financial engineering.” Through buybacks, companies on the key stock indices can make their corporate earnings per share look better without having to increase their overall earnings. 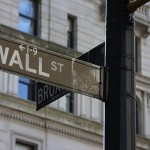 Last but not least, 2013 wasn’t all that great when it comes to economic growth in the U.S. economy. The unemployment rate remained high; it has declined a bit from what it was earlier in the year, but mainly with the help of low-wage-paying jobs. The number of people using food stamps in the U.S. economy has skyrocketed—if they were a nation, it would be similar to the size of Spain. The key stock indices rely on economic growth; if there’s no economic growth, then the stock market can’t really go much farther.

Dear reader, for the rest of 2013, I don’t expect anything major to happen. The last few trading days of the year are usually very calm on the key stock indices. The volume is low, and from my experience, there are usually no wild swings on the markets during this time.

This affords investors a perfect opportunity to take a look at their portfolios. If your portfolio has done well compared to the key stock indices, plan on what you want to do next in the midst of all the risks that are building up. On the other hand, if your portfolio hasn’t done much of anything compared to the key stock indices, consider getting rid of some positions. Remember; if you are keeping a losing position, you are missing out on future opportunities.

This article In Review: 2013 and the Game Plan for Investors in 2014 by Mohammad Zulfiqar, BA was originally published at Daily Gains Letter.

Why Andrew Sentance may have delayed interest rate rises