In some parts of the UK over three-quarters of part-time women earn less than the Living Wage, TUC reveals

In some parts of the UK over three-quarters of women working part-time earn less than the Living Wage, according to new analysis published today (Wednesday) by the TUC to mark Part-time Equal Pay Day.

The analysis of official figures shows that in more than 130 parliamentary constituencies earning below the Living Wage is the norm for part-time women workers.

In the Welsh constituency of Dwyfor Meirionnydd, for example, nearly eight in ten (79.0 per cent) women working part-time earn less than the Living Wage.

Birmingham Northfield has the next highest proportion of low-paid, part-time women workers where over three-quarters (76.8 per cent) earn less than the Living Wage, followed by Mid Ulster in Northern Ireland (74.2 per cent).

The analysis shows that in London alone there are 17 parliamentary constituencies – including Chelsea and Fulham – where most women working part-time earn less than the London Living Wage. London has a higher Living Wage – currently £9.15 an hour, compared to £7.85 an hour across the rest of the country – due to the greater cost of living in the capital. 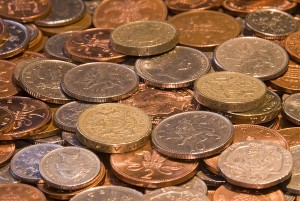 Holborn and St Pancras has the smallest proportion of low-paid, part-time women workers in the UK. But even here more than one in five (21.5 per cent) women working part-time still earn less than the London Living Wage.

The TUC is concerned that despite three years of stronger economic growth, many working women still remain trapped in in-work poverty. The TUC says that even though the Chancellor has introduced a minimum wage premium for over 25’s it is still well below the Living Wage and will be undermined by his new cuts to tax credits.

The TUC would like to see more employers paying the Living Wage. This would help tackle the growing scourge of in-work poverty and make big inroads into closing the scandalous 33 per cent part-time pay penalty.

Today (Wednesday 2 September, two-thirds of the way through 2015) is effectively the last day this year that women working part-time get paid. This is because they earn just 67p for every pound earned by men working full-time. One of the main reasons for this for this huge gender pay divide is the large concentration of women doing low-paid, part-time work, says the TUC.

The TUC also wants to see more well-paid jobs across all sectors and grades advertised on a part-time basis. Recent analysis by the Joseph Rowntree Foundation and the Timewise Foundation found that for every one part-time job vacancy advertised at £20,000 (pro-rata) there were 18 full-time vacancies at this level. Too often women have to take a pay cut and a job beneath their skill, qualifications and experience level in order to be able to work part-time once they have children.

“Working part-time shouldn’t mean poverty pay, but for millions of women that is the reality.

“The Living Wage was created to provide workers with a basic standard of living.   However, many part-time women earn well below this each hour and now face being hit by the Chancellor’s cuts to tax credits which will wipe out any gains from his new minimum wage premium.

“Our labour market is failing to deliver for women across the UK. Those looking to work part-time or on a flexible basis are too often restricted to low-level and low-paid positions that do not make the most of their skills. Lots are forced to trade down when they start a family.

“If we don’t create better opportunities and increase wages for part-time staff then women will continue to bear the brunt of in-work poverty.

“We need a recovery that works for everyone.”