EU benefits each UK household by up to £3000 a year

The CBI is today (Monday 4th November 2013) publishing the business vision for a reformed EU, after an in-depth study of the UK’s global future. As emerging markets become increasingly dominant, the CBI argues the UK must maximise openness to global trade – and the best way of achieving this is as part of a reformed EU.

Working with global and domestic businesses of all sizes across the country, the CBI has identified the pros and cons of EU membership in a wide-ranging report, ‘Our Global Future: the business vision for a reformed EU’. The report finds that while there are drawbacks and well-documented frustrations, the benefits significantly outweigh the costs. It is overwhelmingly in our national interest to stay in the EU – but reforms are urgently needed.

It highlights research showing that membership of the EU is worth approximately 4-5% of UK Gross Domestic Product every year, or £62-78bn, roughly the size of the economies of the north east and Northern Ireland combined.

“We all need to know where Britain’s future lies in a changing global economy. We have looked beyond the political rhetoric to examine the pros and cons of EU membership and British business is unequivocal; the Single Market is fundamental to our future.

“We are better off in a reformed EU than outside with no influence. Each year, membership is worth £3000 to every household in this country.

“But the EU isn’t perfect and there is a growing unease about the creeping extension of EU authority. Europe has to become more open, competitive and outward looking if we are to grow and create opportunities and jobs for all our citizens.

“I am clear that the ever closer union of the Eurozone is not for Britain. The big reform issue is to ensure that Britain’s membership of the Single Market and the EU of the 28 does not become damaged or diluted by the Eurozone’s drive for greater integration.”

The EU must modernise the Single Market by fully implementing a market for services and creating a digital one, and also secure major trade deals with the US, Japan and others. The CBI is calling for reform that ensures the EU recognises and respects the boundaries set by member states, especially the co-existence of countries wanting closer union with those that do not.

The benefits of EU membership

The report analyses the UK’s current relationship and identifies that there are significantly greater benefits than any alternative option. Access to European markets of 500 million people for goods and services has been the single biggest positive for our economy, while membership of the EU has also helped cement the UK as the world’s leading financial centre. Membership of the Single Market has helped the UK attract investment from around the world.

The EU has helped open global markets on terms that support the UK’s global trading ambitions. With 30 Free Trade Agreements (FTAs) already signed, and a recent agreement reached with Canada, British businesses have access to markets worth $24 trillion. If current negotiations with Japan and the US prove successful, that will grow to $47 trillion.

But membership has also had its costs:

• Common rules are essential to the Single Market but the UK’s lack of unilateral control over some regulations is the biggest downside, especially on employment law where the Temporary Agency Workers Directive and Working Time Directive have caused deep frustration

• The European Commission has a strong tendency to regulate, giving a sense of ‘mission creep’, particularly in areas around health and safety, and welfare legislation

• There is an EU membership fee although net costs are less than often reported – equivalent to £116 per person every year – and it is dwarfed by the benefits of membership.

Overall, the UK has been successful at influencing the shape of the EU over the years as a strong advocate for developing the Single Market and EU enlargement which has boosted British firms. The report calls on the UK government to use this influence to reform the EU for the better.

“Contrary to popular myth, the UK is influential in the corridors of Brussels and will still be as long as we play our cards right. The Single Market is a great British success story and the best way for us to remain a leader on the world stage is from within the EU.”

The case for reform

The CBI argues that the EU must be more outward looking, open and competitive to stay a key player in the international arena. It says:

• The EU must be open and competitive, building a Single Market fit for the 21st century – that means a genuine Single Market for Services and the creation of a Digital Single Market to reduce barriers to e-commerce, allowing member states to remain responsible for policy where possible

• The EU must be more outward looking, signing trade deals with large established markets such as the US, along with high growth emerging markets

• The EU must work for all its member states, so that with an increasingly integrated core, legal safeguards are in place for non-Eurozone countries, as has been achieved in Banking Union negotiations

• The EU must improve and streamline how it operates by refocusing Commissioners to key growth portfolios like external trade and the Single Market, rather than 26 different Commission portfolios, each with a separate Commissioner and legislative agenda.

• The EU must improve the process for assessing new regulations and reduce the cumulative regulatory burden, particularly on SMEs.

• A moratorium on legislation where there is a case for decisions to be made at national level, such as employment law and ‘life-style’ regulation

• The opt-out from the Working Time Directive made permanent.

The Government must reform how the UK engages with the EU by strengthening parliamentary links with other member states, stepping up ministerial engagement in Europe and substantially increasing the numbers of British nationals within key EU institutions, reversing the trend of decline. 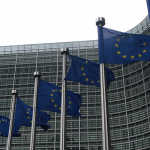 “Any future reform of the EU must benefit all member states, whether they are in the Euro or not.

“After next year’s vital European elections the new Parliament and Commission must reverse the growing sense of Brussels ‘mission creep’.

“There should be a moratorium on regulation where there is a strong argument for decisions to be taken individually by member states and the new Commissioners will need to recognise and respect the boundaries of national parliaments, directly elected by their voters. This is especially important with employment regulation.

“The EU must be single-minded when it comes to what matters, like signing more trade deals and delivering a Single Market fit for the 21st century.

“The business vision for reform is clear, but it doesn’t just begin and end in Brussels, we also need reform in London. We have influence, but we must get better at building alliances with like-minded European partners and get more Brits in the key institutions, to make sure that influence isn’t diluted.”

There is no credible alternative to EU membership

The CBI report concludes there is no realistic alternative to EU membership that can combine all the benefits of the UK’s current relationship with none of the costs. Ultimately, all alternative models would leave the UK following market rules decided by others, rather than having a major role in setting the rules. The EU is increasingly having an impact on regulation not just on those who want to trade inside the EU, but at a global level. The report rules out the following options:

• Customs union – this model would leave the UK with limited EU market access, a ‘standards-taker’ and with zero influence over trade deals – which means where the EU signs a trade deal, the third party country would have access to our markets but not necessarily vice versa.

A customs union is no longer sufficient to give the access UK firms need in a complex global economy. Turkey currently operates with this model on the pathway to full membership, but their agreement does not cover services

• A bespoke UK-EU trade deal – there would be great uncertainty around the likelihood of a deal on favourable terms to the UK, with the EU having a stronger negotiating hand and unlikely to ‘reward’ an exit. This arrangement would not free the UK from having to comply with EU regulation

• Going it alone with the World Trade Organisation – this alternative would reduce market access by increased tariffs. There would be greater freedom for the UK to pursue its own trade deals, but it would be unlikely to get as favourable deals as the EU can and there would be a long period of dislocation while any new deals are negotiated

It would leave British businesses on the margins of the world's largest trading bloc, operating under market rules over which it has little or no influence and in the Norwegian scenario, still paying the bills.

“The UK could survive outside the EU, but none of the alternatives offer a better deal.

“We can’t end up on the fringes of the world’s largest trading bloc, following and paying for all the rules, but setting none.

“The UK must stay in to reform the EU – it is in the UK’s national interest and will create jobs and opportunities at home and in Europe.”