In less than eleven months the UK’s borders are to be opened by EU diktat to unchecked immigration from Bulgaria and Romania.

Up until now the only political party properly voicing the UK public’s concerns over the matter has been the United Kingdom Independence Party (UKIP).

Now we can see the worry lines in the face of the government start to appear as the Planning Minister, Nick Boles, says that he is ‘nervous’ about the impact that Romanian and Bulgarian immigrants could have on the UK housing infrastructure.

No-one in the government has put any numbers out on the expected influx, especially when the last projection that only 13,000 would come from East European countries like Poland was dwarfed by the more than one million that eventually turned up on these shores.

But look at the numbers Sir Andrew Green writing in Migration Watch places on those coming in from Bulgaria and Romania alone:

“So the issue comes back to Romania and Bulgaria which could yet blast a hole in the government’s immigration strategy. No calculation is possible – only an intelligent estimate of the likely numbers. Our estimate, so far the only one, is 50,000 per year for the next five years.”

When we have let them in we are then obliged by EU law to give them access to social housing and social security benefits in certain circumstances (see Shelter for more details).

There is also the prospect of what to do should many just turn up with no job or home? Are we really going to let them live rough? What an advertisement for the government of the day.

And at every turn the EU machine will be trying to force us to obey the club rules.

While the UK is in the EU it cannot prevent other EU citizens from entering the country and then cannot stop them drawing the same benefits as any other UK citizen in the same situation as them after any restricted rights period.

So why is Nervous Nick so worried? As a minister he will have been well aware that this was going to happen so surely will have ‘planned’ for it? 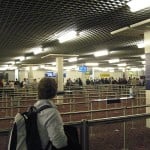 Or is he just nervous about the inevitable impact this will have on his party come the next election?

But it must be said that the UK has continually tried to ring-fence its benefits and health systems and has been on the receiving end of EU Commission ire for not doing what other countries are doing (European Union Warns UK on Freedom of Movement and Legal warning to UK over benefits for EU nationals). The politicians it seems are trying to placate the UK electorate knowing that they will eventually be forced to toe the line.

But in the end if we are in the EU then the drive will continually be to ensure that any EU citizen who is in a particular EU country at any time will have full access to the same benefits and rights as any other person in that country; however long they have lived there. Just as someone who moves or travels from Norfolk to Cornwall does within the UK today. And the UK will eventually have to cave in and submit to that regime whether the people want it to or not, despite what ConLabLib politicians say.

Unless of course it leaves the EU and then the people of the UK can make their own decisions.

Image by Jnpet (Own work) [CC-BY-SA-3.0 (http://creativecommons.org/licenses/by-sa/3.0) or GFDL (http://www.gnu.org/copyleft/fdl.html)], via Wikimedia Commons

Stelios and Sugar on loans