Independent Scotland: Someone’s Bet On It

As the referendum on independence for Scotland draws ever nearer we will not only see the debate grow hotter but also people willing to put their money where their beliefs are.

But despite this the hot favourite is still a ‘NO’ vote with odds of 1/5.

According to William Hill “A customer in his sixties, thought to be connected with the ‘YES’ campaign, placed the £5,500 wager in a Hill’s betting shop in Selkirkshire in the Scottish Borders area and will collect £32,500 if his hunch proves to be correct”.

The previous largest bet William Hill had seen for a ‘YES’ outcome to the referendum was £5,000. 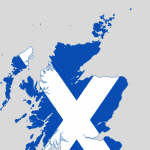 However, in June this year, a bet of £200,000 was placed with the bookmaker for a ‘NO’ vote said William Hill’s spokesman Graham Sharpe.

Will Scotland become an Independent country on this date (March 24, 2016) as indicated by the Scottish Government?:

Euro rallies as traders give up on short positions