Speaking to the Asian Business Association and Chinese Business Association of London Chamber of Commerce and Industry, Spencer Dale (Executive Director and Chief Economist at the Bank of England) sets out his views on the objectives of monetary policy. In particular he looks at the flexibility of monetary policy to support growth and employment as well as to control inflation. And he considers whether there may currently be scope for extra growth without generating more price inflation. Spencer welcomes the current interest in these crucial policy issues, noting that “monetary policy failed to prevent the financial crisis. And in many countries, including the UK, it has failed to stimulate the growth that we all long to see. It is only right that inflation targeting – the dominant paradigm governing monetary policy in the industrialised world – should be questioned and challenged.” He emphasises the importance, when considering both of these issues and especially amidst suggestions that inflation is somehow yesterday’s war, of remembering that “…in the long run, the best contribution that monetary policy [can] make to achieving a prosperous … economy [is] to deliver enduring price stability.” Indeed, one of the key functions of the MPC as an institution is to help ensure that this point is not forgotten.

Some commentators have asked whether the UK’s inflation targeting regime forces the MPC to focus too sharply on inflation, at the expense of supporting a recovery in growth. To this, Spencer notes that from its inception the mission of the MPC has been “to hit the 2% inflation target, but to do so in a way that supports growth and employment.” And the MPC has consistently paid heed to these other objectives of monetary policy, being “…at the forefront of providing support to our economy in the aftermath of the financial crisis”. “CPI inflation has been above its 2% target for much of the past 5 years, but during that period we have cut Bank Rate from over 5% to 0.5%, we have conducted an asset purchase programme – QE – on a scale equivalent to almost 25% of nominal GDP, and we have launched the Funding for Lending Scheme to boost credit growth to the real economy.” “The suggestion …that the MPC has slavishly followed the inflation target in recent years…”, Spencer points out, “…is simply at odds with the facts.” But the flexibility the MPC have used in supporting the economy since the crisis was hard won: “without credibility, monetary policy wouldn’t have the flexibility to support the real economy”.

Others have questioned whether the MPC’s policy setting has in fact not been sufficiently focussed on inflation, that the target is a “sham”. Spencer notes that the flexibility allowed by the MPC’s remit is “…subject to the constraint that inflation ultimately has to be returned to the target and to be done so in such a way that maintains the target’s credibility.” The target is not a sham, but a vital anchor. And if this credibility is lost, the constraint onÂ  supporting growth will bind much more tightly in the future. But we must not lose sight of the overriding mission of monetary policy: as emphasised by the late Eddie George “..low inflation is not an end in itself….[it is] a necessary means to the end of sustainable growth of output and higher living standards”. “Monetary policymakers should be concerned with the implications of their actions for the real economy – for the growth of output and for the strength of employment.”

Spencer Dale then considers the extent to which a pickup in growth in the UK would place much upward pressure on inflation. Some have suggested that the answer may be ‘not very much’, either because inflation is currently relatively insensitive to the degree of slack in the economy, or because the capacity of the economy to supply goods and services may itself pick up as a direct consequence of stronger demand.

On the first of these points, Spencer is not particularly persuaded “that the relationship between economic slack and cost and price pressure has become unusually weak”. “Wage growth has moderated broadly as we would have expected given the rise in unemployment. And there does not appear to be a significant margin of spare capacity within companies.” 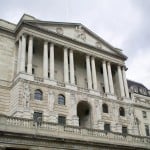 On the second, Spencer notes that some of the key mechanisms through which weak demand has detracted from supply in the past don’t seem to have been very important over the past few years. Long-term unemployment does not seem to be detaching large numbers of people from the labour market, while rates of company insolvency remain relatively low. Spencer agrees that there may be plausible reasons for why supply capacity may respond to stronger demand. “The need to retain core skills and maintain minimum staffing levels means that as demand falls some companies – especially smaller companies – have not been able to reduce their workforces by a corresponding amount. Others choose to hold on to experienced workers, even if currently underutilised, for fear of losing valuable experience and knowhow. Companies comment to us that the time and resources needed to win new business and secure contracts has increased sharply in the face of weak demand.” These developments imply an ability to meet stronger demand without employing more staff. But, Spencer asks, “Why should these mechanisms be so much more pronounced now than in previous recessions? Would most of them not have seemed equally important in the past? I find it hard to believe that these types of effects are the entire – or even the main – explanation for the weakness in productivity.” Instead, “what is unusual about this downturn ….is that it has been associated with a severe and prolonged financial crisis.”

Spencer Dale concludes that “the argument that it is possible to grow the economy without much increase in inflation is… seductive and enticing .. It’s like being offered a free lunch”. But we should be cautious about assuming that the supply capacity of our economy will pick up markedly in response to an increase in demand, unless and until some of the credit frictions affecting our economy are addressed.