The official figures from the Office for National Statistics (ONS) shows that both major measure of inflation have continued their recent falls into February.

The main downward pressures on CPI were due to ‘domestic electricity and gas, recreation & culture and transport’. And the upward drive came from ‘alcohol off sales and vegetables’.

With RPI the downward pressure on prices was from ‘motoring expenditure and fuel & light’, with the upward pressure coming from ‘alcoholic drink’. 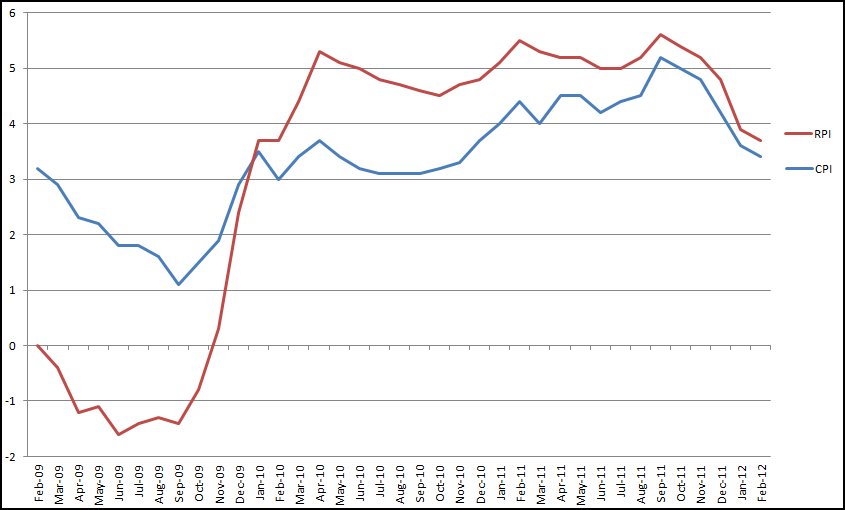 Commenting on the latest data Andrew Goodwin, senior economic advisor to the Ernst & Young ITEM Club, said “These figures are a little disappointing as we had expected a bigger drop. This is largely due to the more volatile parts of the inflation basket, such as oil and energy prices, rather than any pickup in underlying pressures.

“The influence of higher oil prices was already beginning to be felt in February and all the evidence suggests that this will exert more upward pressure on inflation in March. The downward pressure from utilities bills is welcome, although the impact on overall inflation was fairly small and pales in comparison to the large price increases implemented in the autumn.

“We still think it is likely that inflation will continue to slow, reaching the 2% target before the end of the year, although this forecast is dependent upon oil prices drifting back down. This in turn requires greater political stability in the Middle East and that is far from certain. If the political troubles escalate, and oil prices rise to $150 per barrel, then we would probably see retail unleaded petrol prices hit Â£1.50 a litre and inflation remain above 3% throughout the year.

“It is clear that household finances remain under severe pressure, with inflation still around two percentage points above earnings growth. This gap should close through the year and we expect wages to be growing in real terms by the end of 2012. However, this improvement could be derailed by a spike in oil prices which would maintain the pressure on household finances and threaten the growth outlook. The decision over whether or not to go ahead with Augusts’ planned increase in fuel duty in tomorrow’s Budget will be a difficult one for the Chancellor to resolve.”

Admin and red tape a hamper to growth for SMEs, new survey reports