The annual rate of inflation on all measures fell in October according to the latest data from the Office for National Statistics (ONS).

The preferred measure, the Consumer Prices Index (CPI), fell from 2.7 percent in September to 2.2 percent in October.

The main contributors to the fall, said the ONS, were the transport (notably motor fuels) and education (tuition fees) sectors.

“Inflation at 2.2% year-on-year is a big surprise. Lower inflation means the Bank of England can keep interest rates low for longer supporting a recovery that is showing signs of strengthening. This has pared back expectations that the central bank need to raise interest soon, and it may also mean inflation forecasts may be revised downwards when the BoE publishes its economic forecasts tomorrow.”

“We had expected inflation to ease on the back of a significant fall in petrol prices. But a reading of 2.2% is better than we could have hoped for. According to the ONS, the impact of higher tuition fees this time round was smaller than last year, which accounted for the undershoot.

“Although inflation is still running well above wage growth, the significant easing in recent months has helped to reduce the squeeze on household finances. And the results of the Gfk/NOP consumer confidence survey already show that households are finding their finances easier to manage than before.

“With the increases in domestic energy bills set to hit the index from December, inflation is unlikely to drop any further in the short-term, even though the strong pound means that further falls in petrol prices are possible.

“Inflation is coming down much quicker than the Bank's expectations. In the previous Inflation Report, inflation was forecast to be 2.8% in Q3 and 2.9% in Q4. In light of the latest developments, we are likely to see a big downgrade to inflation in tomorrow's Inflation Report.”

“Sterling has this morning taken a sharp nosedive after inflation figures from the country fell to the lowest level in a year, Consumer Price Index saw the smallest increase since September 2012.”

“The release was expected at 2.5% but disappointed markets coming in at  2.2%, causing a significant drop in the markets as it puts less pressure on the Bank of England to raise its interest rates. Notably the pound reached its lowest point in almost two months against the US dollar, while also dropping significantly from the recent highs against the euro.” 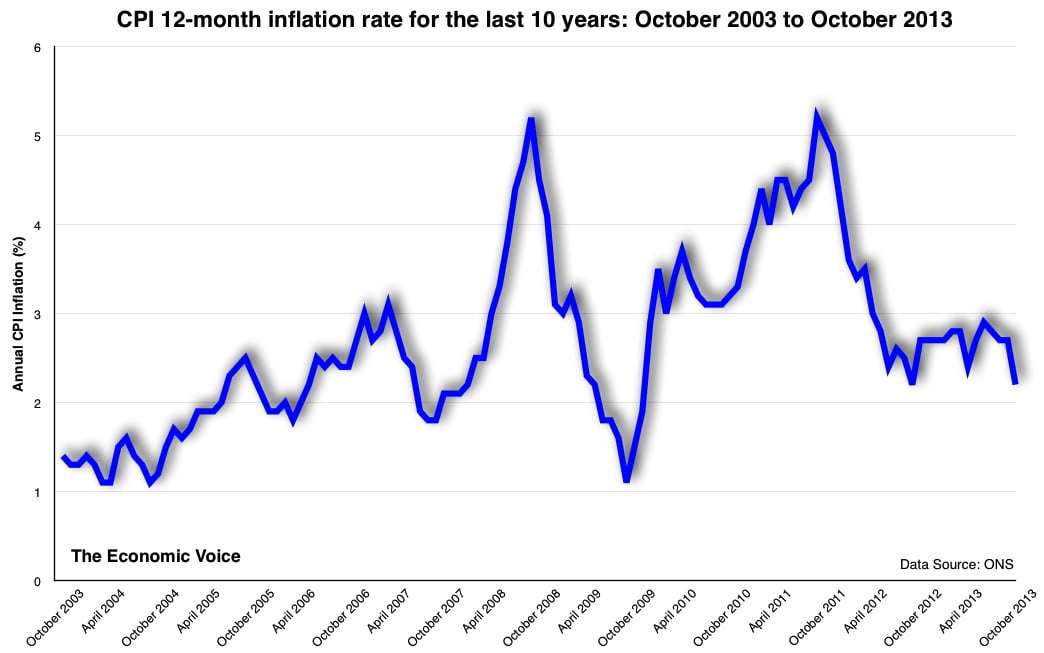 Waiting for the BoE, ECB and G7