INHOUS – A Passion For Property And Service

Two words crop up several times during my interview with David Johnson, MD of London-based boutique property consultancy INHOUS, and those are “challenge” and “independence”. As does a third, and one which is too often misused in the interlinked worlds of sales, marketing and PR, and that is “passion”. However, when David says it, he means it.

He began his career with one of Ireland’s most prominent property firms, Hooke & MacDonald, at the beginning of the millennium. During those years of plenty, The Irish Times said, “the rise and rise of Hooke & MacDonald paralleled, in many ways, the rise and rise of the Celtic Tiger.” In the midst of this boom, David did his apprenticeship in the twin trades of marketing and sales, before moving on to a smaller brokerage which provided more varied work and allowed him to develop the knowledge and skills at the higher end of the Dublin market to which he found himself naturally migrating. 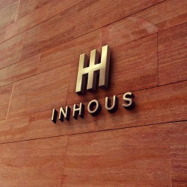 However, after the global financial crisis crippled the Irish economy in 2008, David seized the opportunity to look further afield, and central London seemed the most obvious destination with its apparently bullet-proof bubble of a prime property market.

David learned this new territory at Marsh & Parsons, working among the packs of London’s “young and hungry” agents, but all the while he observed with slightly older and wiser eyes. He maintains that perspective to this day, sitting back in his offices opposite Roman Abramovich’s Chelsea Football Club stadium, talking with the soft candour of a man explaining a good idea, rather than selling an expensive concept.

“London was a surprise to me,” he says, “it is completely unregulated, unlike Ireland. During my time in agency here I noticed the competition was so fierce, with so many agents fighting for the same limited stock, we would come up against other agents completely overvaluing properties just to win the instruction. They weren’t trying to value the property at the price they could actually sell it at, they were being misleading and over-promising. This would inevitably lead to frustrated vendors and landlords.

“I remember a case when I was asked to give my opinion on a property that was on the market with another agency, it was a small two bedroom that had been on the market for £700,000, and they were not getting any viewings. The owners just had a baby and needed more space. They had moved in with their parents thinking it would be temporary, and, as they were expecting to achieve £700,000 they were also trying to buy for this price.

“After visiting the property and studying comparable evidence the real value of their property was £470,000, the outcome was they had to move back in. That really saddened me. I felt for them, they had been wrongly served.” 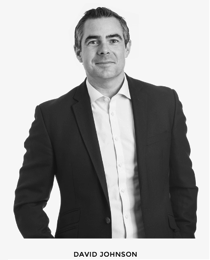 It is recounting stories like this that the passion in David’s voice comes to the fore.

So, seeing the space in the market for an independent intermediary between vendors or landlords and the vagaries of the most aggressive and lucrative property market in the world, he set up on his own at the end of 2012.

“I always explain what we do with my first case study. It was a property I took on in Earls Court. We were representing the vendor. I got all the agents in and straight away I cut short any sales pitch from these agents as I’d heard it all before: I generally advise joint sole or multi agency to introduce competition and I know from my own time that we worked so much harder if we thought a rival might sell it before us.

“I valued the property at £1.2 million and we went with two agents. After six weeks the highest and strongest offer was still only a million-fifty. That agent was trying to convince me this was the best offer that could be achieved and strongly advised we accept it. However, it was clear to me that what he wanted was his commission.

“I had studied the local area and wasn’t comfortable with his price. He said to me ‘well, we’ve done eighty-odd viewings, this is the best offer we can get you.’ But of those 80-odd, how many actually wanted to see it? How many were viewers were suitable? The client doesn’t know these things and, what is more, they are emotionally involved. They worry if they don’t take the offer they’ll be missing out. I’m not emotionally involved and by studying comparable evidence I felt we could get more.

“So the agent suggested dropping the price to £1.1 [million], but I couldn’t see the sense of it. I instructed them to knock £50,000 off, and the very next weekend we got that full asking price of £1.15 million. Our client was £100,000 better off than if they hadn’t gone with us. And it didn’t cost our client any more to avail themselves of our services as our fee is retained from the successful agent.”

Progressing the business, David began advising corporate bodies on their distressed asset portfolios, using the same concept as he would for a private client: looking at each asset and devising a strategy to maximise its financial potential.

“I recall another great case study, an apartment which a bank came to INHOUS to advise them on. It had been on with various top agents for over a year with no interest. The property was looking extremely tired, so we immediately proposed some minor refurbishment work, along with getting the property ‘staged’ which meant renting furniture to turn the property into a show house. Within a 6 week turnaround, we put it back on the market with the right agents and achieved £20,000 a week rent for the property.”

“I was looking for a surveyor to diversify our capabilities in that direction, but ended up being so impressed when I met Valerie Nestor, who was doing corporate relocations at Knight Frank, that she came first, bringing her skill sets with her. Valerie instantly had the same vision and most importantly the passion to want to build the business and to make a mark in London’s property market and we’ve haven’t looked back since. Our corporate relocation service has proved to be a massive success, beyond our expectations to be honest.

“Having turned over £31 million worth of property in 150 transactions in the past three years, we are now a team of eight and growing, with plans to open a second office in 2016.

“Our services have expanded to property management, but as we are so hands on we have to limit the amount of properties we take on. We do not charge the high fees agents charge because we don’t have the overheads they have. And, because we limit the stock we take on, we try to give the tenants renting the property the attention they might not get from the bigger agents out there, which in turn leads to longer tenancy.” 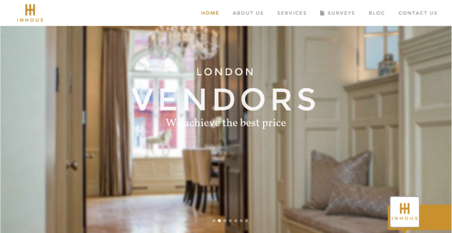 David dislikes the word concierge, with its connotations of exclusivity and luxury only, but the way INHOUS has developed is a complete service of that order, from giving a valuation you can rely on all the way down the line to making sure the lights are on when a viewer comes to call (an agent’s task which is almost never fulfilled.)

“Our goal is to make the estate agents job easier, by staging the property and making sure it is competitively valued before bringing it to the market. This all leads to a shorter turnaround time while achieving maximum returns. We’re not anti-agents, we were agents, and we work with them now. When we give an agent a property, and they perform, we bring them another one, and these are properties they might not have been instructed on otherwise.”

“Our clients are happy as we take on each project as if it’s our own: we deal with every aspect of the process until completion, we give them complete reassurance along the way, and we do not charge anymore for our services.”

David thinks it’s simply a matter a time before we see more businesses similar to INHOUS, and looking at the minefield for vendors and landlords the market is today, it is hard to disagree with him. However, for the moment INHOUS is certainly the lone independent voice rising to London’s challenge.