Following today’s report by the Banking Commission, which suggests splitting the Royal Bank of Scotland into a ‘good bank’ which could be privatised and a ‘bad bank’ of toxic assets, Christine Elliott, Chief Executive of the Institute for Turnaround (IFT) said:

“Stigmatising companies by shunting them indiscriminately into a 'bad bank' fails to recognise the potential of some to return to viability and become engines of economic growth. The ‘bad bank’ scenario may serve the advisers who wish to re-privatise RBS, but it does not serve the taxpayers who have funded the bank’s continued existence.

The government needs to take a proactive approach to turn around these struggling companies. One cost-effective way would be for the Treasury to create a taskforce to assess these stranded ‘zombie’ companies owned by RBS, and to channel assistance and finance to those with a sustainable future. Putting the bankers who have been unable to rehabilitate hundreds of zombie companies, in charge of a ‘bad bank’ would ‘pretend and extend’ the problem. Enough procrastination – it’s time for intelligent action. 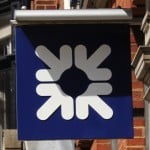 Banks admit they are not good owners of businesses. RBS owns far too many and the number has grown during the prolonged recession. These long suffering companies need to be brought into the light of day in order to forge an approach that recognises the interests of all stakeholders including suppliers, creditors, investors and the 1.8 million employees whose jobs are at risk if we mishandle the zombie company epidemic.”

Mike Hookem: "The ‘Veteran's Gateway’ initiative is “Nothing more than a sticking plaster on a gunshot wound”